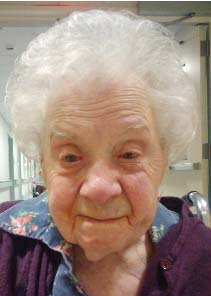 Graveside services will be held in the Mt. Hebron Cemetery, 851 Valley Road, Upper Montclair on Wednesday November 10 at 1 p.m.

She is survived by her grandchildren, Lynne M. Kerr and Brian Miller, and her great-granddaughter, Kellie Miller.