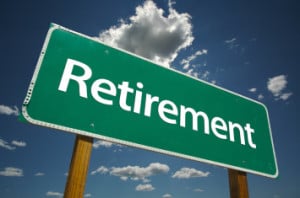 There are others, too. The school budget that Verona voters approved on April 20 anticipated the departure of six or seven teachers.  But Schools Superintendent Charles Sampson says that Verona has already been told by 9 staff members that they will be retiring. “That is a high number for Verona in comparison to the past several years,” he notes, adding that, at the end of the 2009-2010 school year there was just one retirement.

And there could well be more than even nine. Part of the rise in retirements is the inevitable other side to the teacher hiring wave that took place during the 1960s to cope with the Baby Boom. In April 2009, the National Commission on Teaching and America’s Future released a report predicting that more than one-third of America’s 3.2 million teachers could retire by 2013. But there is also a reason unique to New Jersey: the state’s giant deficit.

To cut costs, Governor Chris Christie has proposed reducing pension and health benefits for teachers. Teachers who retire by August 1, however, would face no cuts to their pensions. A recent analysis by The Star Ledger found that some 29,000 of New Jersey’s nearly 144,000 teachers are now eligible for retirement. It posited that Essex County could lose 3,000 teachers. The plan has not yet gone to the state Legislature, but with the economy still in disarray, teachers may not be willing to gamble on their retirement benefits.

All of this is adding even more uncertainty than usual to a deadline that school districts face today. May 15 is the schools’ deadline to notify staffers that their jobs might be eliminated in the coming school year–for performance or budget reasons. But with school budgets reduced by the sharp cuts in state aid, the Star Ledger reported on Friday that thousands of teachers are likely to get pink slips.

Sampson says that Verona typically sends out one or two non-renewal notices for performance, and that this year will be no different. The district has also sent out several so-called Reduction in Force notices, which are for positions that are being cut. That does not necessarily mean that those positions will actually be cut, he cautions, citing unanticipated retirements as one potential reason. ” A staff member who is having his/her position reduced must be notified by May 15,” Sampson says, “so you are seeing school districts err on the side of caution with the distribution of these notices  given the many unanswered questions from Trenton regarding school budgets.”