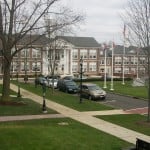 Next Tuesday, April 20, you will be voting on the toughest school budget Verona has faced in years. That it doesn’t add very much to your expenses as a homeowner may be of little consolation if you’re trying to make higher property taxes square with lower income because of the crummy economy.

The budget will raise the average Verona homeowner’s taxes by $290 for the year, or $24 a month. There is a temptation to insert the word “just” before that last phrase, but with incomes stagnant or falling in Verona, every dollar makes a difference.

At $27,509,425, the 2010-2011 school budget is a hair less than the previous year’s budget, a feat achieved by across-the-board cost cutting. Since the school board finished its budget work on March 30, Superintendent Charles Sampson has been making the rounds of SCA meetings since then to explain what cuts were made, and why. The board has also put together a detailed and, for a budget, very readable presentation, available on its Web site.

Here are the basics: Because of a sharp reduction in state aid, Verona had to slash $1.4 million from its 2010-2011 budget. But while Montclair is cutting 82 jobs to close its budget gap and East Orange may lose 280, Verona faces the elimination of only one full-time teaching job, at H.B. Whitehorne Middle School and cutbacks in Special Services aides. We’ve caught a bit of a break this year from the fact that six or seven teachers are retiring and the salaries for their replacements will be less. Family & Consumer Science courses will be cut from Verona High School, as will freshman sports. 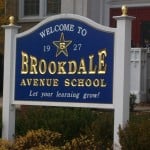 Unlike other districts, Verona is not seeking a teacher salary freeze, but salary costs will be basically flat. If approved as presented, school salaries will rise just 0.35% from the 2009-2010 school year. Over the last five years, salaries have risen 3.8% per year on average.

The biggest problem in Verona’s school budget remains employee benefits costs. The tab for benefits will jump 5.1% in the new budget, and the average five-year change is 9.1%. That is more than the increase in benefits costs in the private sector. According to the Society for Human Resource Management, a benefits trade group for American companies, the average increase in health benefits costs per employee was 5.5 % in 2009; in the previous four years the increases had been just over 6%. The SHRM says that private employers had been expecting a 10% increase in costs for 2010 but are likely to be able to hold it to 6% by making changes to their plans. Superintendent Sampson indicated in the SCA meetings that the board is cognizant of the benefits costs and will be addressing that in future contract talks.

When viewed against school districts of a similar size and socio-economic status, Verona comes out looking fairly good. Our cost per pupil has been, and remains, the lowest of the so-called “I” district schools, which includes Caldwell, Cedar Grove and Glen Ridge. Our classroom spending is third-highest in this group, and, at $328 per pupil over the last three years, just $1 less than Glen Ridge. In that town, however, property taxes on the average home were $16,264 for 2009, vs. $9,110 for Verona. Again, that may be of little comfort when you look at your bank balances at the end of the month, but it is something to keep in mind.

What happens if the school budget is voted down on Tuesday? It moves to the Town Council, which can specify a dollar amount to cut or decide that the budget should be left intact. The council cannot specify where the cuts should be made, only the dollar amount. The council’s revised budget is sent to the Board of Education, which can accept it and figure out how to make the cuts or appeal to the state Commissioner of Education. If that happens, the commissioner can either uphold the cuts or reinstate the budget, but only if he believes that the municipality’s cuts would harm the district’s core educational program or its financial stability.

Polling places will be open from 1 to 9 p.m. on Tuesday. You can vote this budget up, you can vote it down, but you must vote.