Commuting Options To Get More Expensive 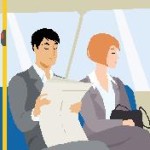 New Jersey Transit is holding a series of hearings, starting today, on a proposed 25% fare hike and a plan to end some train runs entirely. How that is going to drive ridership anything but away in the current economy is anyone’s guess. If you want to complain or voice a better idea, here’s the meeting schedule and online comment form.

The changes will affect a lot of Verona’s commuting options: the Montclair trains, and the Park & Ride lots at Willowbrook, Clifton, Secaucus Junction and North Bergen. The latter is my personal favorite, costing $8.25 now including parking and bus into Port Authority. Secaucus Junction is $10 plus $3.25 fare to Penn Station. Trips from North Bergen and Secaucus are frequent, which may give them the edge if you need flexibility.

If you want some other options, there aren’t many, and they aren’t much less costly. And don’t even think of driving to Manhattan, where the New York Times is saying traffic is only getting more jammed.

What to do? There’s the DeCamp Bus Line, which has several stops along Bloomfield avenue. The fare is now $6.75 each way from Verona (with discounts if you buy a multi-ride book), and there’s a bus about every 20 minutes during the morning and evening rush hours. DeCamp isn’t saying whether it will mirror the NJ Transit fare hikes, but it hasn’t had an increase in a while. If you want to try DeCamp, there are covered shelters on the west side of town at the corner of Bloomfield Avenue and Linn Drive, opposite Verona Fire House #1, and just east of the Lakeside/Bloomfield intersection by the brook that comes out of Verona Park. Decamp buses will also stop at the corner of Bloomfield and Grove (in front of Frank Anthony‘s), Bloomfield and Brookdale avenues (in front of the Paradiso salon) and Bloomfield and Mount Prospect (across from the DCH Acura dealership). But you have to wave your hand energetically at the bus driver at those stops.

If you’re willing to drive to Harrison or Jersey City, you can pick up the PATH trains, which are run by the Port Authority of New York and New Jersey. The PATH fare is $1.75 one way, but drops to $1.30 each with a 40-trip ticket. That however, is without the cost of parking, and you will need to pray to the parking gods to find much under $10 for the day.