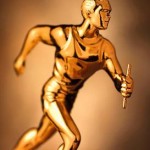 The recent round of end-of-season Verona High School sports dinners were true to the usual format of coaches recapping their seasons and honoring seniors and key contributors.  But this year there was also something new: Scholar-athletes on each team were recognized. At Sunday night’s  dinner for the basketball and cheerleading teams at The Villa at Mountain Lakes, for instance, the evening began with VHS Principal Glenn Cesa announcing the names of each team’s scholar athletes, who then stood for the applause of the group. Scholar-athletes were also recognized at recent track and hockey dinners.

The scholar-athlete designation goes to any player at any level who is on the honor roll (all As and Bs) for the marking period closest to the end-of-season banquet.  The program was initiated by parent Cheryl Truchan, who left her freshman son’s first end-of-year soccer banquet this fall wondering why there was  no soccer-athlete award among the honorifics bestowed. Although she learned that there is a scholar-athlete award given to seniors before graduation, she felt it was important to honor students’ academic accomplishments every step of the way. “I wanted to have this embedded and accepted as a program so kids don’t have to wait four years to have their work recognized,” says Truchan. “I want my kid to be thinking about his priorities now and stay motivated and engaged in his studies, as well as sports, for four years.”

Truchan credits Athletic Director Gary Farishian for quickly coming up with a new system for recognizing and rewarding the academic accomplishments of Verona athletes.