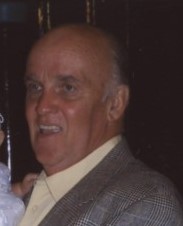 Mr. Paul J. Jennings, 81, of Verona died on May 5, 2022 at the West Caldwell Care Center in West Caldwell surrounded by his loving family.

Visiting will be held in the Prout Funeral Home (370 Bloomfield Avenue, Verona) on Monday, May 9 from 4 to 8 p.m. A funeral mass will be offered in Our Lady of the Lake Church (32 Lakeside Avenue, Verona) on Tuesday, May 10 at 10 a.m. Interment will follow at Immaculate Conception Cemetery in Montclair.

Born in Montclair, Mr. Jennings was a lifelong resident of Verona. He attended Our Lady of the Lake School and graduated from Verona High School with the Class of 1959.

Mr. Jennings worked for AT&T in communications prior to retiring in 2001.

He adored his grandchildren and enjoyed attending their games in his retirement. He will be remembered for his morning coffee runs and his love for the New York Giants.

In lieu of flowers, donations to the Verona Volunteer Rescue Squad, 12 Church Street, Verona, NJ 07044 would be appreciated.