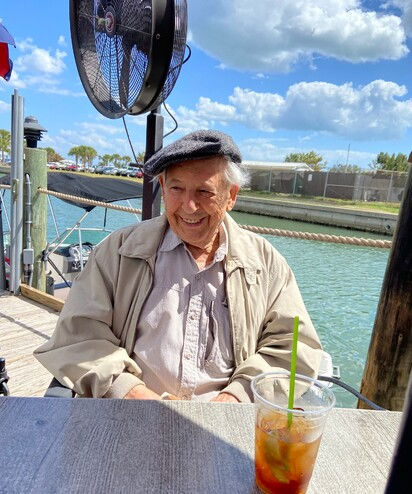 Born in New York City, Mr. Licitra moved with his family to Italy during the Depression, at the age of six, and grew up in Sicily before moving back to New York City after World War II. He and his wife, Vincenza, lived in Bergen County before moving to Verona in 2003.

While in Sicily, he attended university to study Latin and become a teacher. When he returned to the U.S., he worked as a clothing presser for a manufacturing company in New York City. Eventually he saved enough to open his own sandwich shop, Sal’s Hero Shop, on Jerome Avenue in the Bronx, near Yankee Stadium. Here he was well known and frequented by notables and the neighborhood alike, and retired in 1981 after 30 years.

In lieu of flowers, donations to the Verona Rescue Squad, 12 Church Street, Verona, NJ 07044 would be greatly appreciated.

Condolences may be left at www.proutfuneralhome.com