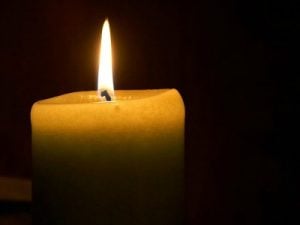 Visiting in the Prout Funeral Home, 370 Bloomfield Ave., Verona, will be held on Friday, February 5 from 1 to 3 p.m. Facial masks and social distancing will be required.

Born and raised in Brooklyn, Mr. Rosenberg lived in Rosedale, Queens prior to moving to Verona 20 years ago. He proudly served in the U.S. Army from 1959 to 1964.

He had a career spanning 20 years as a member with the New York City Transit Police Department, retiring as a sergeant in 1986. He was a member of the Sergeants Benevolent Association and the Fraternal Order of Police.

Mr. Rosenberg was predeceased by his mother, Rose LaRocca and brother, Jerome Rosenberg.

He is survived by his beloved wife of 55 years, Maureen (nee Schirmann) Rosenberg; his children, Ileen Rosenberg, Gregory Rosenberg and Jeff Rosenberg and his grandchildren, Gregory II, Robert, Maureen, Lawrence and Jeffrey.