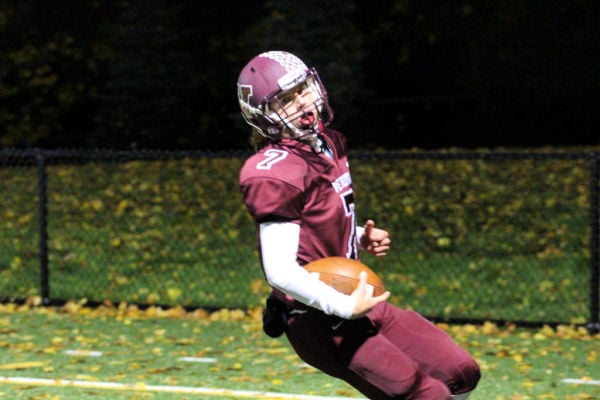 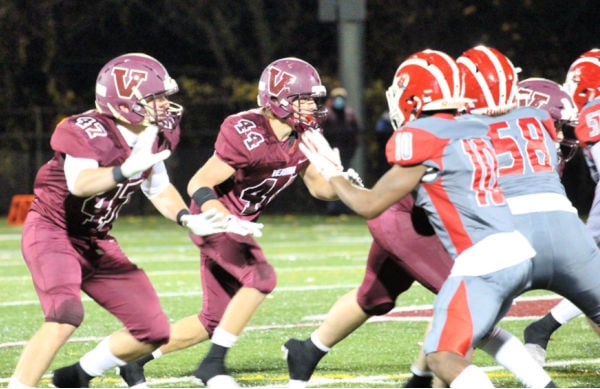 QB Cael Zebrowski set the tone when, just two minutes into the game on Sellitto Field, he ran in the first of his three touchdowns. On Verona’s next drive, Zebrowski connected with Steven Petro on a long bomb, and then dashed into the end zone again. Zebrowski would tally up 57 rushing yards on nine carries, in addition to 320 passing yards.

Though Frank Riggio would score just once on the evening, it was significant: His 50th rushing touchdown. 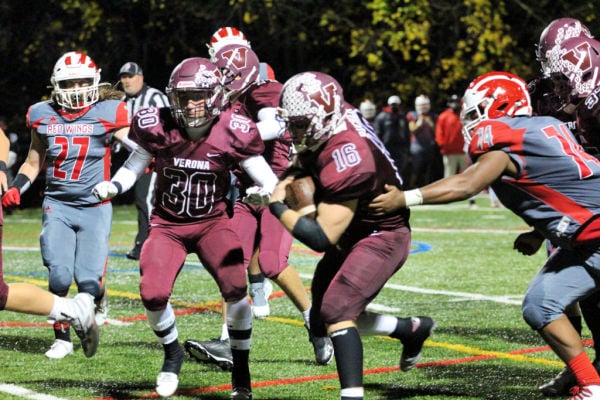 Alert play by Verona’s line led to the fourth maroon-and-white touchdown when Zach Bucher blocked a Hoboken punt and put the ball down for the score. Soon after, Christian Castner intercepted a Hoboken pass and, after Zebrowksi made a 49-yard connection with James Haveron, the QB made his third rushing TD. The Zebrowski to Haveron connections were a big feature of the night and Haveron ended the game as Verona’s leading receiver, with 180 yards. 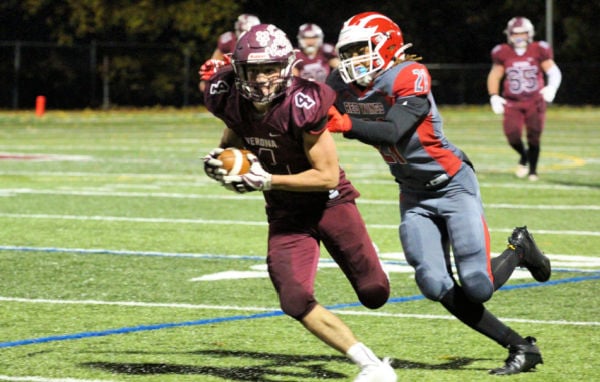 Hoboken’s Jason Blanks finally got the Redwings on the scoreboard in the third period and then Kyrin Rhone scored the their second touchdown. Verona capped the game with a 60-yard Zebrowski pass to Marcos Czupak for a score.

The win improves Verona’s record to 5-2. Verona is scheduled to host Shabazz next Friday, November 20. 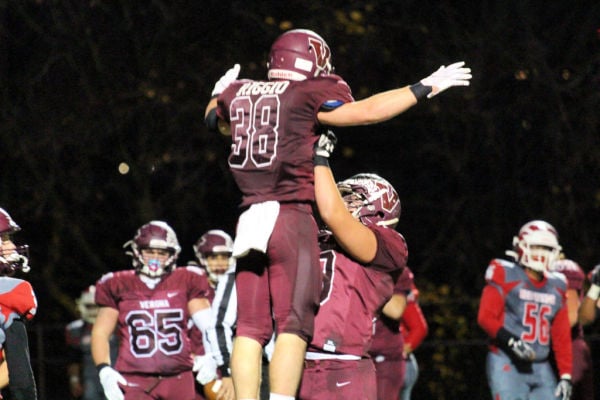