Alex Cook Says Thanks, And Farewell

In late March, as the COVID-19 pandemic began to spread across the United States, artist Alex Cook decided he had to communicate some reassurance to the people of Verona. So he dismantled an old ping-pong table in his fiancé’s house at 170 Claremont Avenue to make a somewhat smaller version of a public message about well-being that he had painted all over the country, “You Are Loved.”

Over nine weeks, Cook painted and repainted the sign’s block letters outside on the lawn, often in front of walkers who had come from across Verona to watch its transformation. He captured photos of the work, and put it all together in a time-lapse video that you can watch again here.

He then took the other half of the ping-pong table to paint a large face and later, on its reverse side, a full figure reaching for the stars. “I loved the idea of a person living with willingness and abandon,” he said at the time, “living with so much hope and desire to leap out into the open to grasp his greatest dream.” 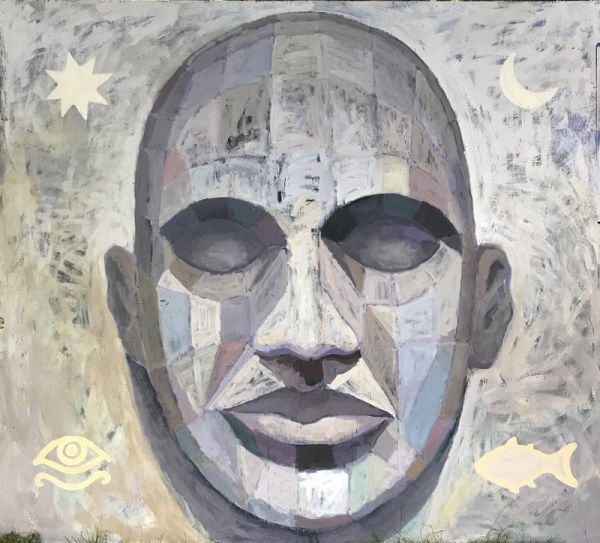 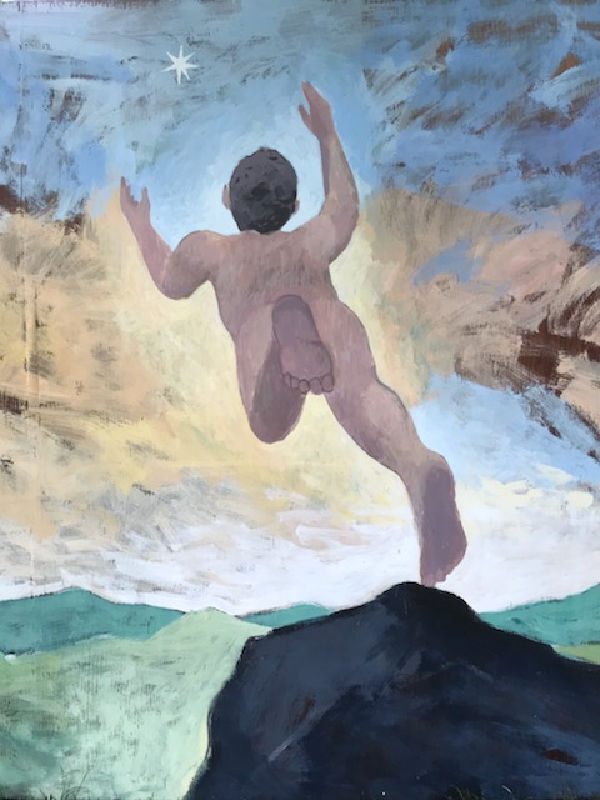 And then Cook ran out of surfaces to paint. He looked around the house and yard for other materials, and came up with a lot of branches and sticks. They became a ring on the ground, then a standing arch, then a gladiator, then a family of deer, and now, a message of thanks to the community. 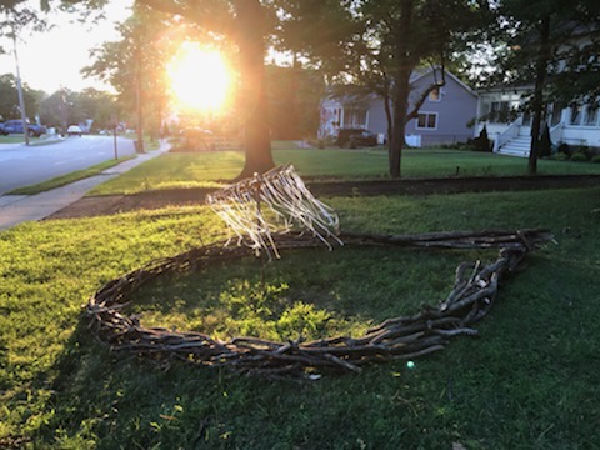 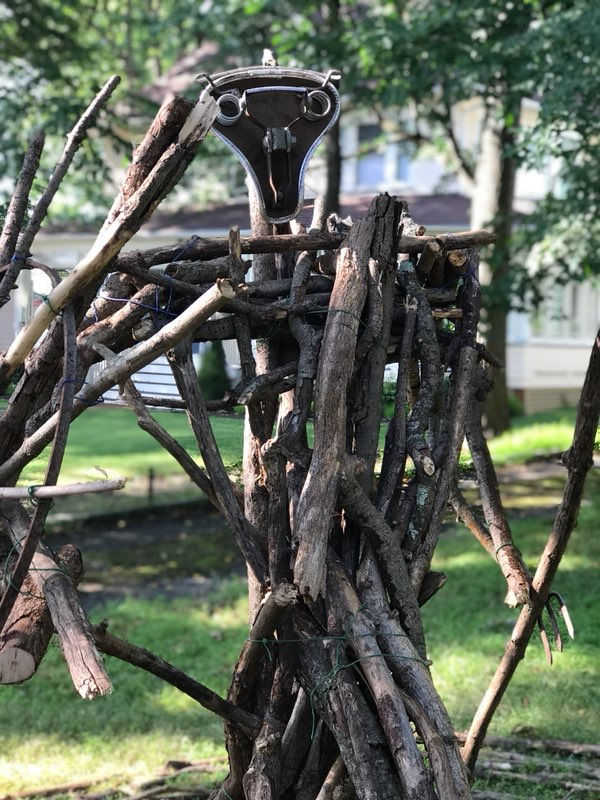 That’s because Cook is getting ready to get married and to move with his wife from Verona to Boston. “I know I’ll remember making these paintings and sculptures in the front yard forever,” he says. “It’s been a wonderful a wonderful few months. And incredibly fun, creative discipline and a surprising, delighting connection to this warm, loving community.”

Cook hopes that, even though he will no longer be part of the Verona community, it will continue to follow his art on his website, Facebook and Instagram. “So grateful to everyone who stopped by to talk, enjoyed the art, and talked about it with their kids and neighbors.” 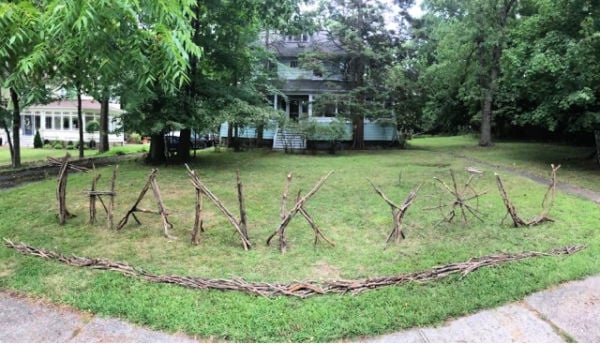