Letter: Against The Medical Marijuana Dispensary 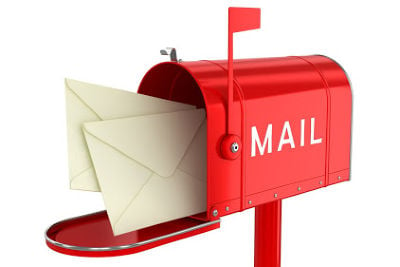 As a concerned Verona citizen, I am disappointed in the Verona Council’s attempt to fast track a serious issue regarding the placement of a medical marijuana facility run by a company that is a for-profit business. GTI is a corporation and will act as such for its investors. The manner in which this issue is being very quickly resolved is curious. A special Verona Council meeting was held on May 21st, followed by another on May 28th and now you are looking at a final vote by June 8th. During a pandemic and widespread social unrest, I don’t think most Verona residents are focused on this matter. This is a disturbingly fast process when you consider the business we are
dealing with here.

Speaking to my neighbors, I found they were not against adults using marijuana, but did not want their children exposed to it. When one looks at the menu of GTI’s Paterson facility which includes enticing names for marijuana products such as “School Lunch” and “Jelly Belly”, it is not hard to figure out who their marketing ultimately aims to entice. I doubt that they are doing this branding to stimulate the appetites of cancer patients with these types of names. If it is’t OK for “Big Tobacco” to deceptively market to children, then why is it OK for “Big Weed”? THEN How were these realities left out of the GTI representative’s presentation on May 21st, if she were aiming for total transparency?

One of the more memorable statements made by the GTI representative was that marijuana is no more addictive than coffee. The DSM-5 (the manual doctors and insurance companies use to diagnose a patient) identifies cannabis addiction as a real affliction. “Individuals who regularly use cannabis can develop all the general diagnostic features of a substance use disorder.” The DSM-5 also details that many of the ailments which marijuana adherents state their drug cures are in fact ailments which can be caused or exacerbated by marijuana usage. Anxiety, schizophrenia, psychotic disorders and disrupted cognitive functioning can all be brought on or worsened by marijuana usage. GTI claims marijuana is no more dangerous than coffee.

Big corporations found a way to make the addictive element of coffee, caffeine, the basis of a whole new market and energy drink addiction became a real thing. I suspect the same game plan will be followed by marijuana growers with respect to enhancing THC levels. In the 1990s THC levels were 4 percent, now they are 15 percent on average. Doctors are now witnessing the negative effects of this development. If you really care about those who are disabled and need marijuana, let them grow it at home so they are not price-gouged. Many voters support this idea, but politicians who know legalized marijuana is the next big tax revenue don’t want to hear it.

The lawyer who represents GTI said he helped choose Verona for the type of community it embodies. Is the selection of Verona really about our community values? Or, is it a way to have our town’s image legitimize this money-making drug dispensary under its facade of merely wanting to help people like myself who are disabled? Another deceptive GTI argument is that marijuana has a long place in the annals of medicinal treatment. So do other drugs which were permitted at some point for commercial consumption like heroin, cocaine and lithium. Public condemnation
ultimately led to their deserved illegal status.

Residents in Paterson, one of GTI’s first New Jersey locations, were upset as well by the placement of a RISE facility in their community according to a Paterson newspaper. GTI told the residents that they were investing $15 million dollars into the city and would create over 60 jobs. So what was the promise made by GTI to us? Will they help improve our recreation facilities or fund special school programs to help our children?

Last year the former FDA head Scott Gottlieb warned of the potential harm of the widespread use of cannabis and that we are “conducting a widespread experiment of THC on the public by making it broadly available.” I don’t want my kids along for this experiment, as I recognize that the adults who foisted this on us will have no responsibility for the consequences.