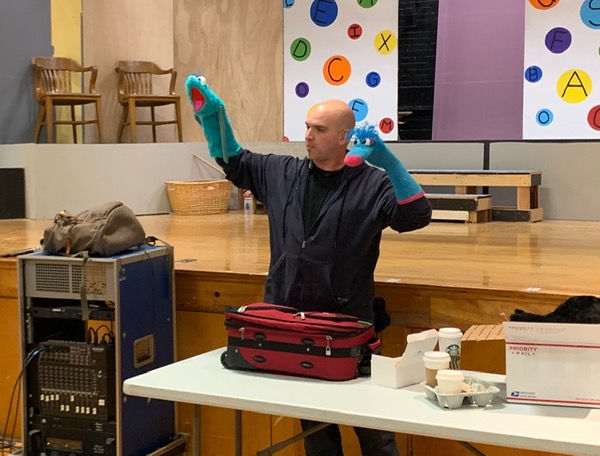 For its spring musical this year, H.B. Whitehorne Middle School will be presenting Rodgers and Hammerstein’s Cinderella. There are 105 kids in the show and some of them will be a different kind of actor: Their roles will involve operating the puppets that represent the mice, dove and cat who aid the namesake heroine. In January, HBW’s puppeteers learned their craft from a former HBW student who has made a career in puppeteering: James Wojtal.

Wojtal, who graduated Verona High School with the class of 1993, started making puppets in kindergarten. As MyVeronaNJ.com noted in its 2010 profile of Wojtal, he went on to make puppets for the Muppets and Sesame Street, as well as Avenue Q, Saturday Night Live and Bear In The Big Blue House. He continues to work for Sesame Street, but has also done puppeteering on Last Week Tonight with John Oliver, The Smurfs and The Happytime Murders in recent years.

Brian Michalowski, the HBW music teacher who is the show’s director, set up the training for his performers. “For the past couple of years I’ve tried to get Verona alumni who have a career in the arts to talk to the kids in the show,” he says. “Last year Ben Liebert came to work on some character development.” Liebert, a 2003 graduate of VHS, has been performing in New York City since 2018 in a unique Yiddish-language production of Fiddler On The Roof.

“James is before my time at VHS,” adds Michalowski, “but I knew of him because I went to school with his younger brother. I asked him to come in and talk about his time at HBW and VHS, his career as a puppeteer and puppet maker, and a simple demonstration of puppets.”

And Michalowski confesses to an ulterior motive too. “While I think STEM education and coding is important,” he says, “I’m also trying to show that you can actually make a career of the arts.”

For now, HBW’s students will be creating a show for their school and the community. Cinderella will be performed on Wednesday, March 18 at 3:30 p.m. for students and staff only, followed by 7 p.m. public performances on March 19, 20 and 21, 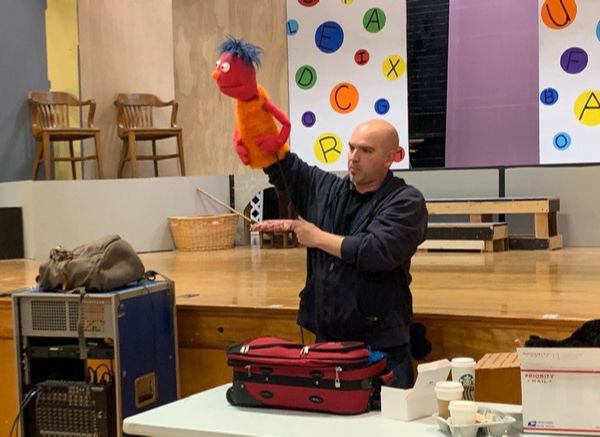