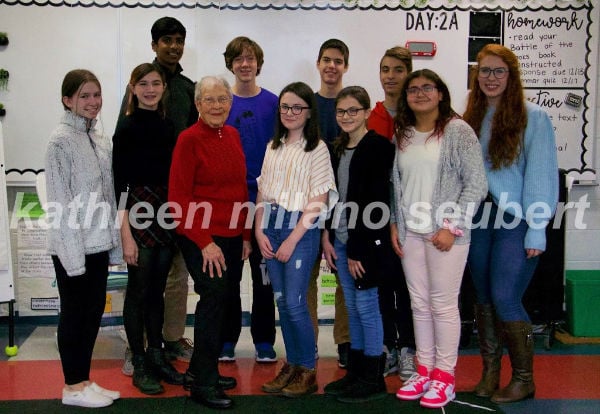 “You know, every year is the 50th anniversary of something.” That’s how Hilda Jaffe began her presentation to Maggie Manning’s eighth grade National History Day class at H.B. Whitehorne Middle School last Friday afternoon. 2019, as she reminded the students, happens to be the 50th anniversary of a particularly interesting year–one that saw such events as the Apollo moon landing, the Woodstock music festival, the birth of Sesame Street and the Mets’ World Series win. But Jaffe was visiting the students at HBW to tell the story of something that happened 50 years ago right here in our town: When a special busing program welcomed 38 first- and second-grade students from Newark’s overcrowded school system into Verona’s elementary schools.

The students in Manning’s class are working on their entries for this year’s National History Day contest, a competition that has students in grades 6 to 12 research a project on a particular theme and then present that project regional, state, and national levels of competition. The theme of this year’s contest is “Breaking Barriers in History,” which is what led one group of HBW students–Julia Nogales, Fiona Church, and Reese Sahadow–to center their project on the busing program and to invite Jaffe to their class to hear her story.

Jaffe was the president of the Verona Board of Education during the 1968-1969 school year, and the board’s first female president. As she described to the HBW students, when an investigation into the city of Newark came out stating that the public schools were in dire conditions and were 10,000 seats short of being able to serve the city’s students, she and the other board members decided that Verona’s elementary schools could help out. Under their plan, students would ride the bus in from Newark, attend class in one of Verona’s elementary schools, and (since there was no school lunch in the elementary schools at that time) eat lunch with the families of Verona students. Jaffe and her colleagues called the program the Sharing Plan: “We were sharing Verona’s wonderful education with some Newark kids,” she explained.

Nogales and Church, two of the students working on the History Day project about the Sharing Plan, said they’d already learned about the history of the program through books. But hearing about Jaffe’s experience first-hand gave them a new perspective into what breaking barriers can sometimes require. As Nogales said, “She really gave us her emotions.”

Not all of those emotions were pleasant. While the program was supported by the Verona school superintendent, the school board and their Newark counterparts, the idea of bringing in these students, who were more likely to be black and from low-income families, became controversial once announced to the Verona community. Plenty of people were in favor of the program–more families than necessary volunteered to host students for lunch, for example–but there was also a vocal contingent who was opposed and made their feelings known. During her talk with the middle school class, Jaffe recounted receiving hate mail, nasty phone calls, and neighbors who, after having a bit too much to drink, would stop by her home to call her rude names.

Even so, Jaffe was determined to persevere. “Having started, it would have been hard to stop,” she said. “I had to see it through.”

Jaffe credits her friends, her children, and her synagogue for providing her with the emotional support she needed at the time. While the program ended after only a year due to cuts to the school budget and the election of new board members who disapproved of the program, Jaffe says that, for the year it was in place, “it worked beautifully.” 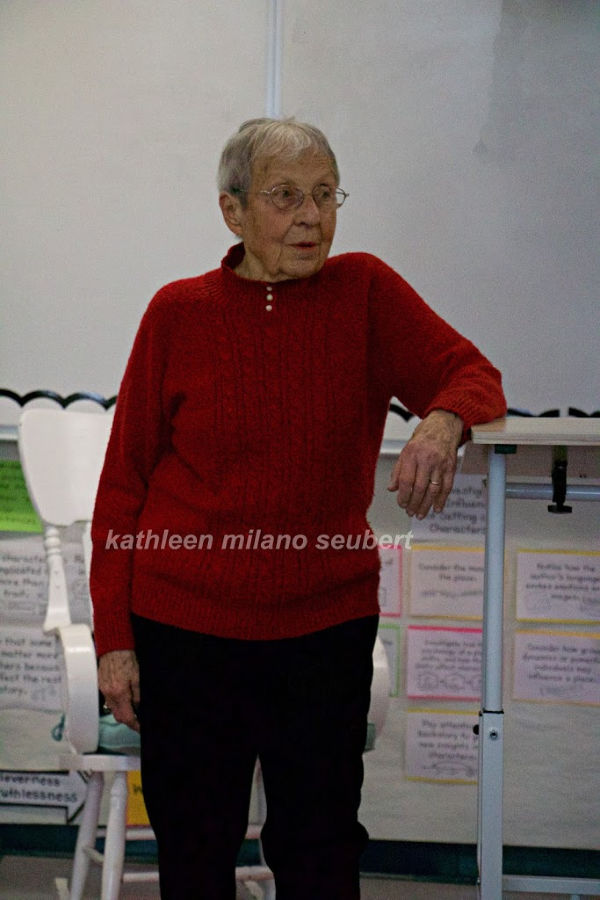 After Jaffe spoke with the National History Day class, Nogales and Church interviewed her for their project, a documentary that they’ll first present at the regional competition in March. “I’m excited to see what we have,” said Church, “and how people react.”

Nogales agreed, saying that she hopes their project teaches people about the barrier-breaking work by people like Jaffe. “Even though our past has been so segregated, people have tried,” she said. “We hope that someday everybody can see each other as equal.”

If you have any memories of the Newark-Verona busing program that took place 50 years ago, and would like to share them with the students working on their National History Day project, please reach out to [email protected]

Angie Voyles Askham has worked as a neuroscience researcher, a publisher, and an audio producer. She recently moved to Verona with her husband and daughter, and is looking forward to raising her family in this community. 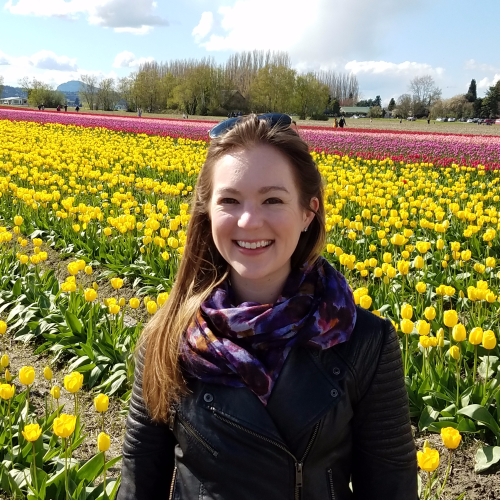