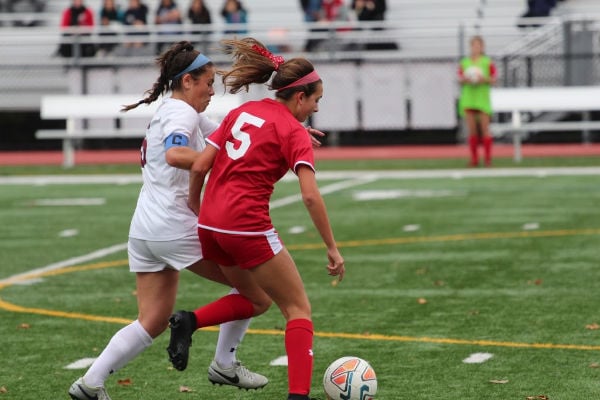 The Verona High School girls soccer team held their Parsippany High School counterparts scoreless for the entire first half of the NJSIAA N2G2 playoff. And the Lady Hillbillies held the Redhawks scoreless for most of the second half, too.

But Parsippany, which was the #8 seed this year to Verona’s #9, finally got on the board in the aftermath of a direct kick. Verona kept up the pressure and made several attempts on Parsippany’s goal, including power kick from freshman Brooke Reineker that almost made it through. Skyler Freedman was in goal for Verona and put a definitive stop on all the other Parsippany shots. The game ended, however, with Verona on the wrong end of a 1-0 score.

Skyler Freedman was fierce in goal for Verona in the N2G2 playoff opener, swatting away several Parsippany attempts. Verona held the RedHawks scoreless until deep into the second half, when Parsippany finally broke through for a 1-0 win. pic.twitter.com/5QzRIJHbsr 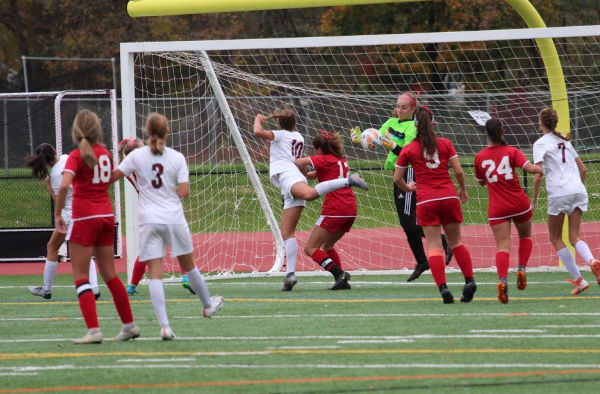