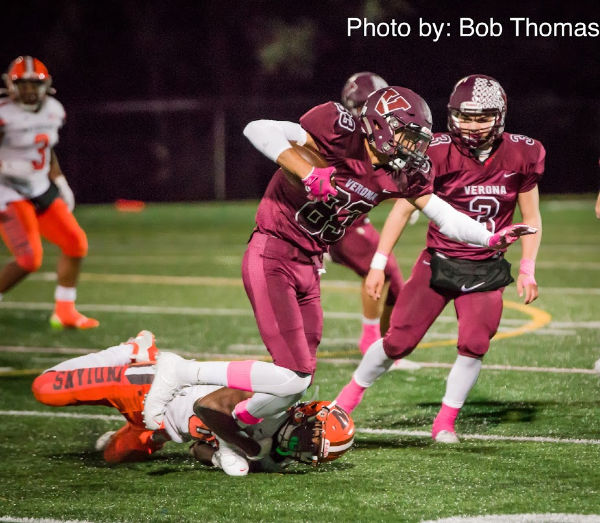 The Verona High School football team moved to 5-0 on the season with a commanding 32-6 win over the Weequahic Hiigh School Indians.

The game, which was played under the lights at VHS’ Sellitto Field on Friday, opened the way so many Hillbilly games have this season: A snap followed almost immediately by a touchdown. Cael Zebrowski tossed a 36-yarder to Jake McConnachie, who put Verona on the scoreboard before the game was even two minutes old. McConnachie, who was also honored as VHS’ homecoming king last night, would grab a second TD before the evening was done. 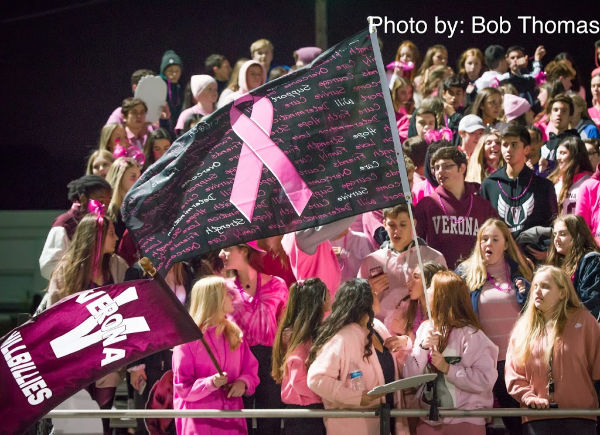 Frank Riggio also had two touchdowns in the contest. He muscled the first one into the end zone in the first quarter and grabbed his second in the game’s closing minutes.  Shane Lawless delivered the fifth of Verona’s TDs, a 15-yard run just before the end of the first half. 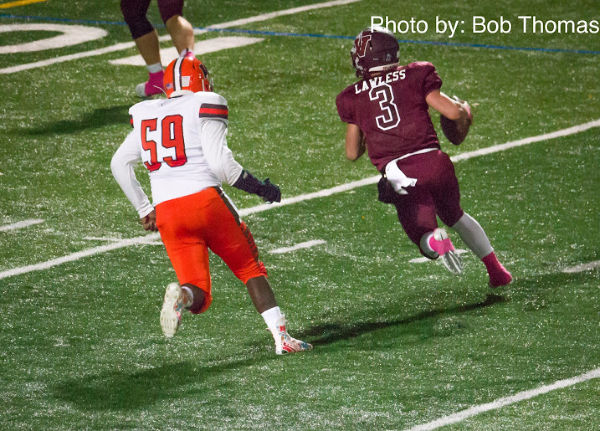 Weequahic scored its lone touchdown in the third quarter, but any momentum that the Indians might have hoped to build was stopped cold by an Andrew Emanuilidis interception. One other game highlight: A large showing of support in the student section for breast cancer awareness month.

Verona travels to Hoboken on Friday for another game under the lights. 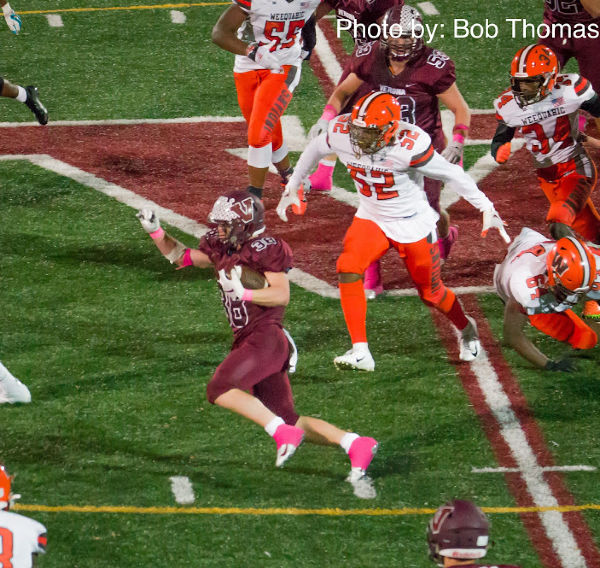