It was all about the defense yesterday in the second round of the Essex County Tournament for boys soccer. Verona held Montclair scoreless in the first half, but the Mounties scored twice in the second to take the game, 2-0.

Verona went into the ECT as the #11 seed and advanced to the quarterfinals after an upset win over #6 Glen Ridge on Thursday night. Montclair, meanwhile, was the #3 seed and the defending champion from 2018.

Much of the game took place in front of Verona’s goal on Fortunato Field. Verona’s defenders repeatedly denied the Mounties scoring opportunities and when Montclair did break through, their attempts were defeated by goalie Jerry Strippoli. He had five saves on the day. 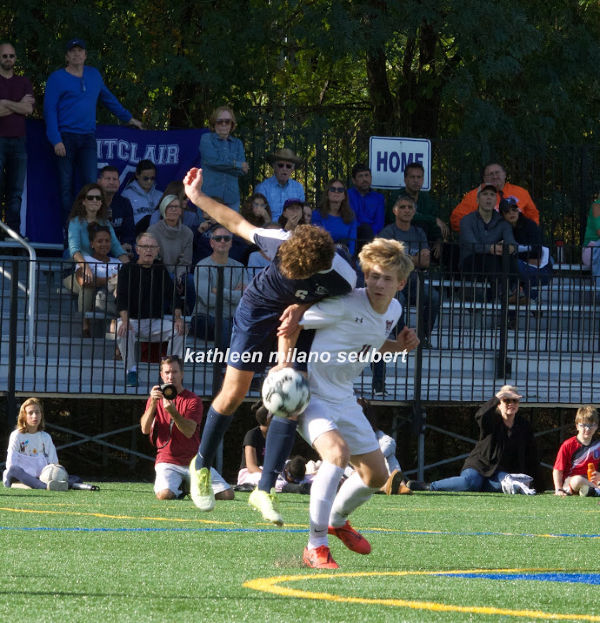 But while Verona had 10 shots on the Montclair goal, the Mounties froze out any scoring by Graham Weber, who has been the leading scorer for Verona this season.

Verona is now 8-5 on the season. The boys travel to Dayton High School on Tuesday and Newark’s Ironbound stadium on Friday, where they will take on East Side High School. 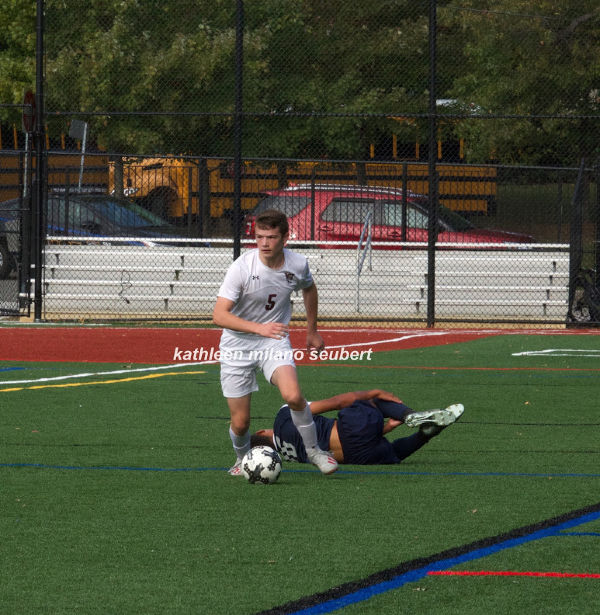