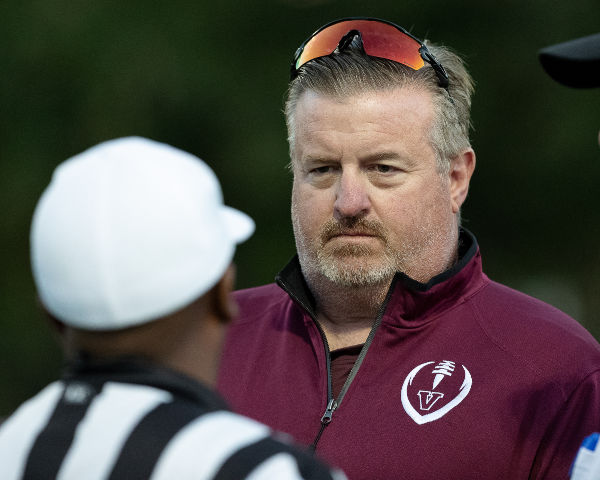 The New York Jets announced today that Verona High School’s head football coach, Kevin Batty, has been named this week’s New York Jets High School Coach of the Week, presented by Gatorade. The honor comes with $2,000 to benefit VHS’ football program and a Gatorade kit containing a cooler, fuel bars, Gatorade powder mix, squeeze bottles and more. With this award, VHS gets an automatic bid to compete in the 2020 New York Jets 11-ON Tournament. In addition, Batty is invited to watch the New York Jets play the Pittsburgh Steelers on December 22 from a luxury suite at MetLife Stadium, where he will be presented with a certificate and an award ball.

In its 24th year, the Coach of the Week award is given to a tri-state area coach who serves the best interests of the game through teaching sound football fundamentals, motivating young players to achieve and promoting youth football through dedication to their community, their school and their student-athletes.

Batty is a 1985 graduate of VHS who played linebacker and offensive tackle. He went on to play football at Westchester and Central Connecticut State University.

After graduating from Central Connecticut in 1992, Batty began his coaching career at Seton Hall Prep. Batty has been a member of many coaching staffs that have won state championships, including Montclair High School, Don Bosco Prep, Wayne Hills High School and Weequahic High School. Batty was athletic director and head football coach at Marist High School for five years. After 25 years of coaching, Batty returned to his alma mater as head coach in 2018.