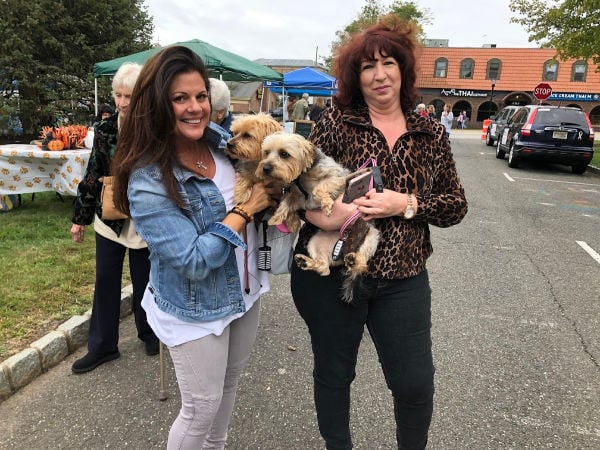 Sponsored by the Episcopal Church of the Holy Spirit, Verona’s Celebration of Pets was organized by Parish Administrator Catherine Tamasik and parishioner Randy Johnson. Holy Spirit’s rector, the Rev. Jerry Racioppi, also played a critical role in establishing this event, which was established in honor of the Feast of St. Francis.

“Each year we look forward to celebrating God’s creatures and getting the community involved is so important to make the day fun and a success,” said Racioppi. He was stationed near the pet blessing booth, performing individualized blessings and giving out certificates for each pet that received a blessing.

Verona Town Hall Square was popping with music provided by Automatic Entertainment and over 20 vendors with a concentration on animals. A bouncy house was available for children to enjoy as well as several events, including a pet parade and obedience demonstration.

The pet parade allows pets in costumes, as well as their owners, to show off their style and compete for a prize. Each year, New Jersey resident Kelly Fair and her five-year-old cairn terrier mix Alex dress up for the pet parade. This year, Fair and her dog Alex paired together as a chef and a plate of spaghetti.

“We like to do ‘couples costumes’,” Fair laughed. “This is my favorite event of the day because it gives us a chance to express ourselves and have fun.” 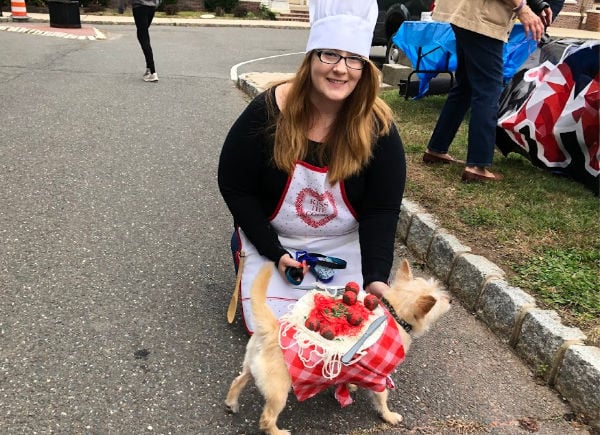 The obedience training event was sponsored by Cover K-9 Training. Verona Police Officer Justin Nielsen worked with Benning, a 1 1/2 year-old German Shepherd named after the army base in Georgia, to show off what dogs can learn in obedience classes.

Dogs could be heard barking throughout the event, and the sounds of joy and excitement are some of attendee Eva Merk’s fondest memories of the day. Merk and her friend Karen Freda, both North Caldwell residents, recently performed a DNA test on their dogs and hoped to use this new information to find new companions for their pets based on their heritage results.

Remarkably, Zoe and Coco look alike despite their difference in genetics, but the friends have discovered a newfound appreciation for their pets.

“We are excited to share this news with our friends and other pet-owners should know that learning more about their pets is valuable to understanding their behavior and helping them live happy, social lives,” Merk said. 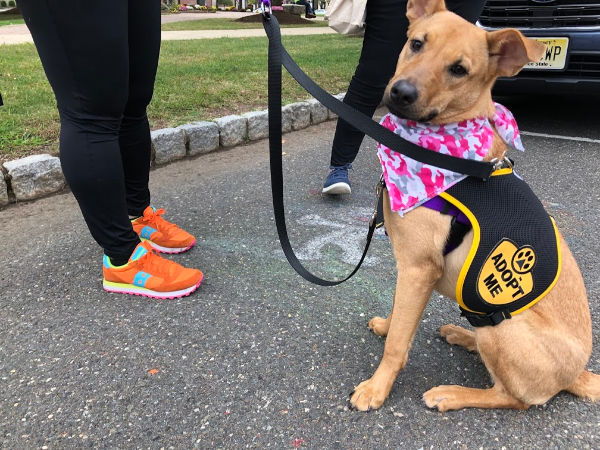 Passersby were excited to interact with the various vendors and learn about their experience with pets. Joyrides Rescue, a nationwide pet adoption service, were proud to explain their pet adoption services as well as bring dogs for attendees to meet.

Joyrides volunteer Carolyn Rummel, from Jersey City, brought 11-month Shepherd mix Naomi to the booth in hopes of helping her find a home. Rummel explained that Joyrides’ headquarters is in Houston, yet what makes the organization so special is the ability to foster a pet anywhere across the country.

Dogs were not the only pets honored at this event, as cats as well played a role. Young children and adults gathered around the Purrfect Pals cage in which several kittens, all up for adoption, were admired. The organization’s mission as a non-profit is to provide foster homes to kittens who have been abandoned or hurt.

Such an awe-inspiring and entertaining day will continue to gather Verona residents to achieve a greater purpose, allowing themselves and their beloved pets to feel love. 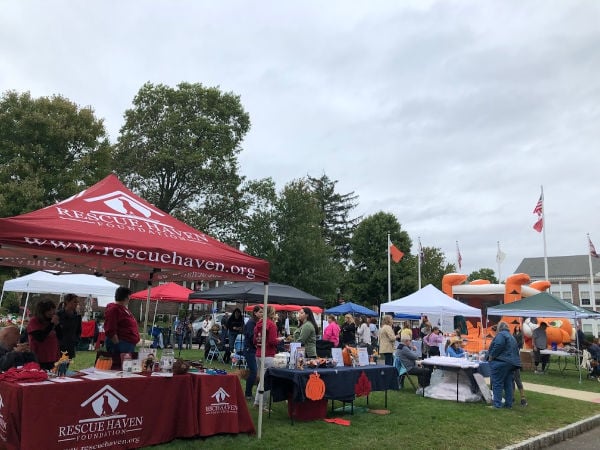