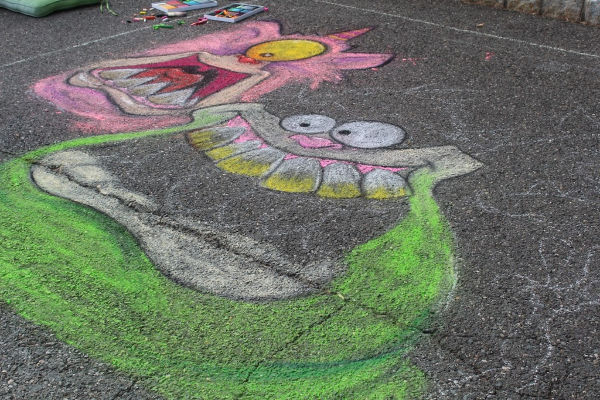 “This is my first time doing a drawing this big,” said Dave DeMaio, as he worked on a 6 by 8 foot space at the foot of Town Hall . “Usually I just work in the driveway.”  That’s a bit self-effacing because DeMaio was one of the day’s professional artists. He’s a 1996 graduate of Verona High School who majored in toy design at the Fashion Institute of Technology and now designs boys clothing for OshKosh. But the Verona resident loves to draw and his Instagram feed is chock full of the kinds of monsters and space aliens that he drew on for his Chalk Fest debut. 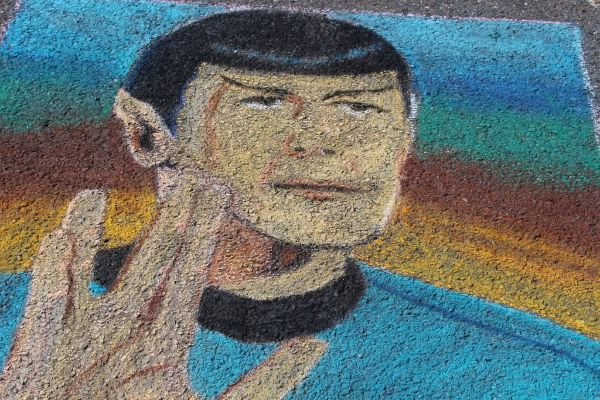 Chalk Fest was the brain child of the newly formed Verona Arts coalition, a group dedicated to raising awareness of drawing, painting, photography and the Verona-based visual artists dedicated to those pursuits. Organizers roughed out more than 70 spaces on the driveway loop and provided artists–all from Verona– with a large box of pastel chalks. The spaces cost between $10 and $40 apiece and all proceeds will be going to a scholarship fund for aspiring artists. The drawings also spilled over onto the sidewalks and the plaza in front of the 9/11 memorial. 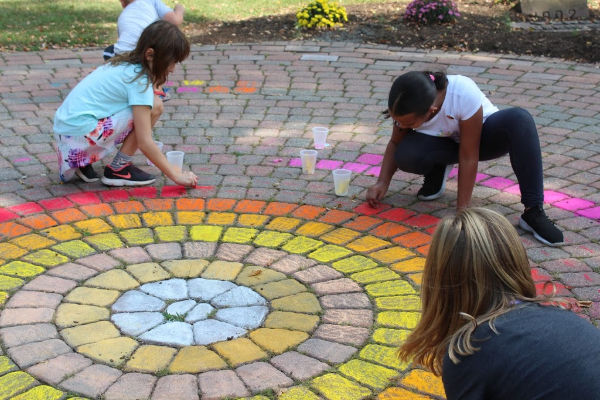 David Nicolato, an art teacher and an exhibiting professional artist who is another founding member of Verona Arts, gave the festival its wings–literally. He filled a large square with flowing purple and teal wings and then invited festival visitors to lie down on them for a photo. 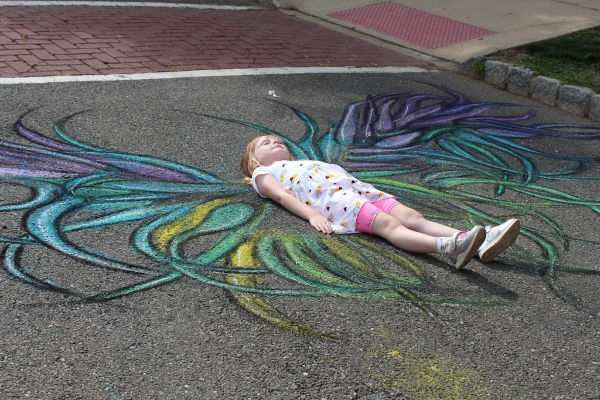 There also were many Verona school students among the day’s artists, like Brownie Troop 20376, which had two squares, and Iris, a fourth grader at F.N. Brown whose work was inspired by the game Monster Hunter. There were artist teams comprised of neighbors, like the ones that Pat Capra rallied from around his home on Franklin Street. 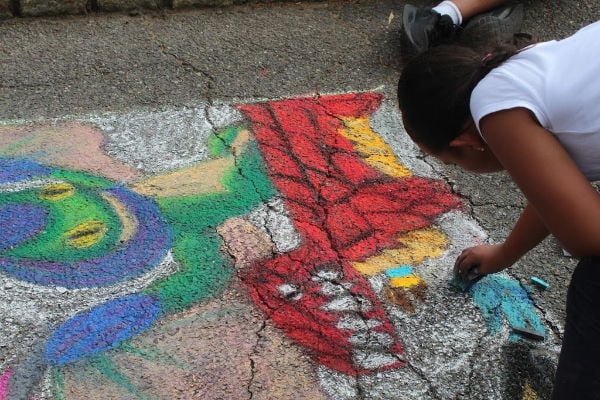 Patty Leonard was recruited for Chalk Fest by her granddaughter Riley Curtin, who came up with the idea for the drawing. “We always play with art,” Leonard said of herself and her granddaughter even as she, and Curtin’s aunt Francesca Graci did all the chalking on Saturday.

Rick Schick patiently studied his cell phone as he worked on his chalking. That’s because his inspiration was a self-portrait done by his daughter Marnie, who is now a student at the Savannah College of Art and Design. SCAD has been holding a chalk art festival in the park near its campus for almost 40 years, and it was a source of inspiration for Verona’s Chalk Fest. Marnie Schick was on campus and not in Verona on Saturday, so her dad worked on his square as a surprise tribute to her artistic ability. “I’m just a proud dad,” he said. 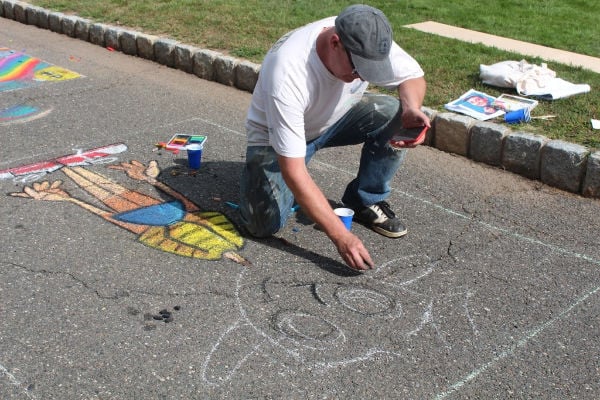 There are more photos of Chalk Fest 2019 on MyVeronaNJ.com’s Facebook page.