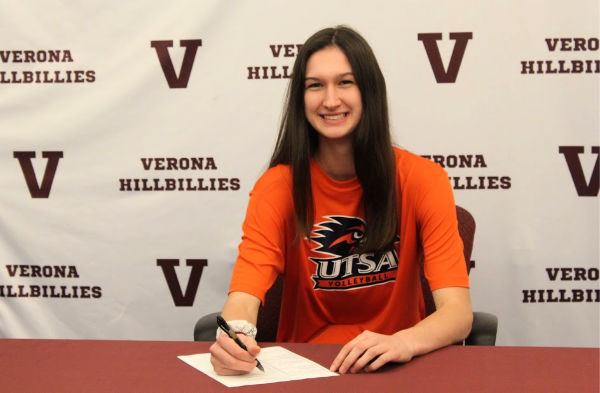 It’s official: Verona High School volleyball’s Hunter Coppola is making the switch from Hillbilly to Roadrunner. Coppola signed this morning with the University of Texas at San Antonio, an NCAA Division I program.

Coppola says she signed with UTSA Volleyball because it “they have a great coaching staff.” Head Coach Laura Neugebauer-Groff was an All-American player at the University of Texas, and is UTSA Volleyball’s winningest head coach. Assistant Coach Dominique Gonzalez was a two-time national champion and four-year starter at Penn State.