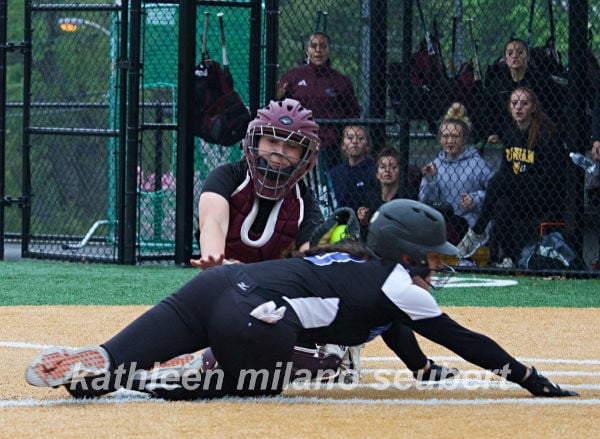 The Verona High School softball team has a message for its opponents: Don’t try to steal home.

Montclair High School wasn’t making much headway with hitting against VHS in the second round of the Essex County Tournament yesterday in Verona and the Mounties tried to score by the alternate route. But Christina Colon fired off a throw to Allison Naeris and shut down Montclair’s hopes of advancing to round three.

That wasn’t the only way Colon shut down Montclair: She pitched a no-hitter with 16 strikeouts and just one walk. And then, after Naeris’ younger sister Melanie got a double, Colon’s hit drove her home. The final score was 1-0 Verona. 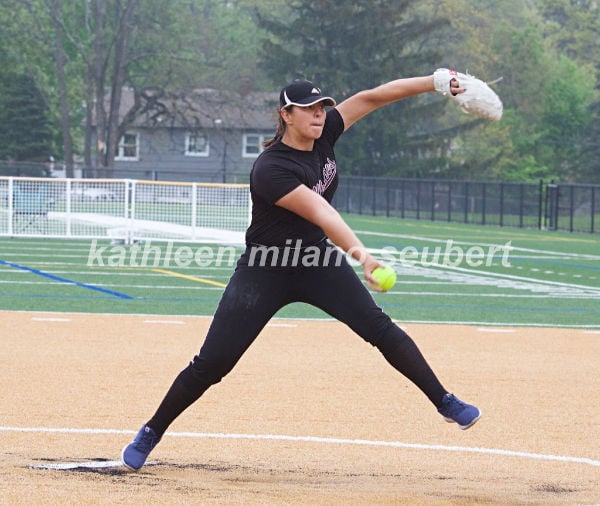 Verona, which is the #7 seed this year in the 22-team ECT contest, had a bye in round one. What happens next for Verona in the ECT depends on who wins Saturday’s game between #2 seed Mount Saint Dominic Academy and #18 seed East Orange. The East Orange Jaguars narrowly defeated #15 see West Orange in the opener. The quarterfinal round will be played on Saturday, May 11.

In other Verona sports news yesterday, baseball and boys tennis both lost, while boys lacrosse won a 9-6 victory over Pequannock. 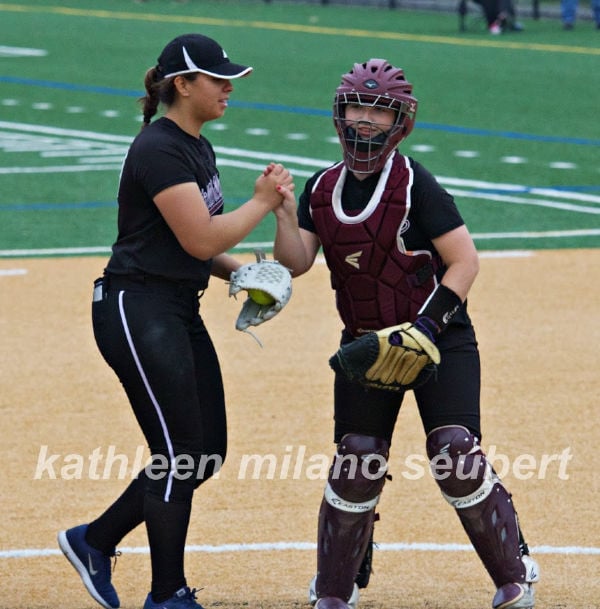