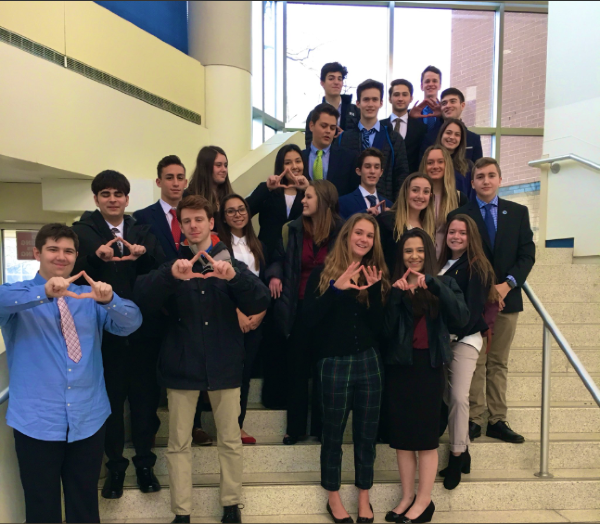 Verona High School sent the largest contingent in years to the DECA Central East District Conference earlier this month, and Verona’s business students did so well that seven of them are moving on to the state DECA contest in Atlantic City in March.

DECA (originally the Distributive Education Clubs Of America) is a business education club and its goal is to prepare students to be business leaders and entrepreneurs in fields such as marketing, finance, hospitality and management. The students participate in competitions that test their knowledge of everything from the principles of business management to sports and entertainment marketing. A typical competition includes a 100-question exam on some aspect of marketing, business or accounting, and then students participate in one or two role-playing exercises in their area of expertise. The VHS club is advised by teachers Angela Salisbury and Pam Burke.

The results mean that Fiorita, Sidali, Murphy and Handler are moving on to the DECA High School State Career Development Conference at Harrah’s Resort in Atlantic City on March 4 to 6, along with David Karpinski  and the team of Brooke Anquillare and Kylee Gallagher. Karpinski competed in sports and entertainment marketing , while Anquillare and Gallagher competed in travel and tourism marketing management team decision making.

The other VHS students who competed in the local contest were: