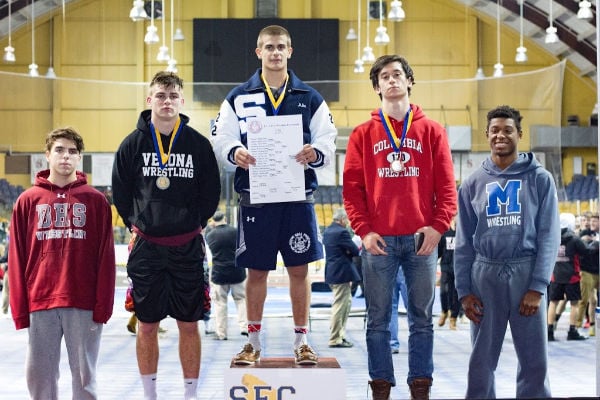 The annual Essex County wrestling tournament was held Thursday and Friday at the Codey Arena and Verona High School came away with two second place and two third place finishes.

Nick Riggio finished in second place at 170 pounds after a 4-3 decision in favor of Michael Massa of Seton Hall Prep. He pinned Nutley’s Anthony Haines in the quarterfinals, and defeated Columbia’s Blake McGowan 8-2 in the semis. 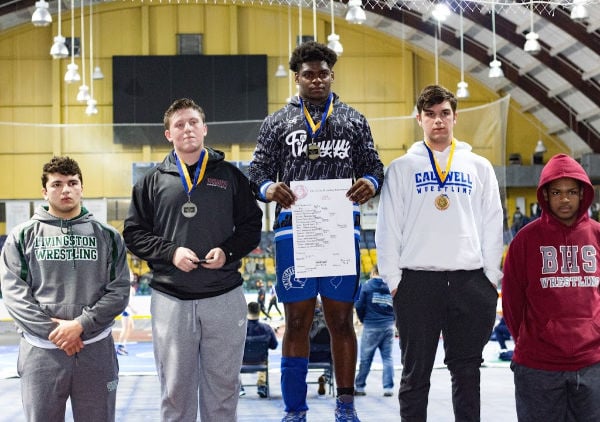 Cade Byrne, at 220 pounds, was Verona’s other second place finish after he came up at the short end of an 11-7 decision in a match with Livingston’s Nashawn Brooks. Byrne got a pin on Nutley’s Dean Polewka in the quarterfinals and got a 6-5 decision over Livingston’s Nick Boffa in the semis. 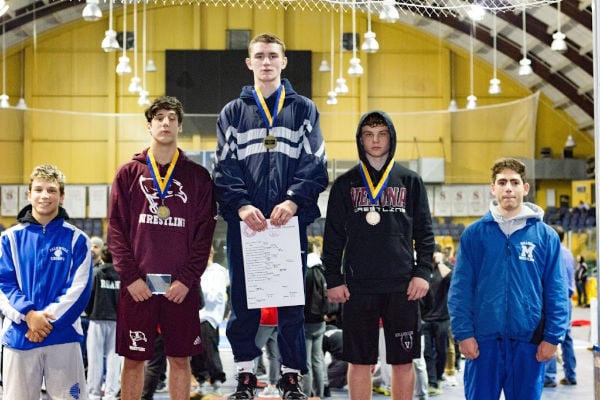 Frank Riggio claimed 3rd place, after pinning Caldwell’s Joseph Jenkins in 2:15. He had pinned Sam Cohen of Millburn in the quarterfinals but lost 10-4 to Seton Hall’s Jack Wilt in the semis. 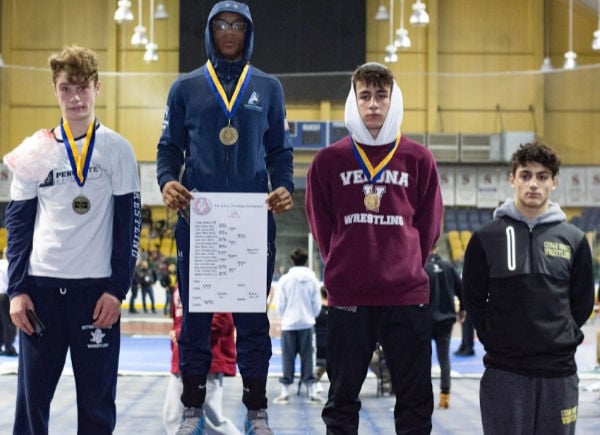 Dean Palmer also won his 3rd place finish by pin. He took down Agostino Petrillo of Livingston in 1:03. He had defeated Cedar Grove’s Nicholas Coletta 6-4 in the quarterfinals, before pinned by Conner Decker of Seton Hall in the semis.

In the opening round of the tournament on Thursday, Michael Garcia (113) delivered a fast pin of Nutley’s Vincent Negra, while Palmer pinned Jeremiah Smith of East Orange Campus in 1:03. Jayden Czupak (138) pinned Darsen Jean or Orange, Frank Riggio pinned Caelib Chambers of Montclair in 1:34; John Pavia (160) got a 12-8 decision over Geraldino Raymond of Orange. Nick Riggio pinned Brayan Loaiza of Newark East Side in 0:44. Byrne scored a 6-1 decision over Seton Hall’s Alex Giannoglou. At 182, Gabe Breitenbach’s match was stopped after he was injured. In the quarterfinals, Garcia lost 7-2 to Ricky Cassidy of West Essex, Pavia was pinned by Colin Morgan of West Orange and Czupak lost a 16-1 decision to Cole Carroll of Seton Hall.