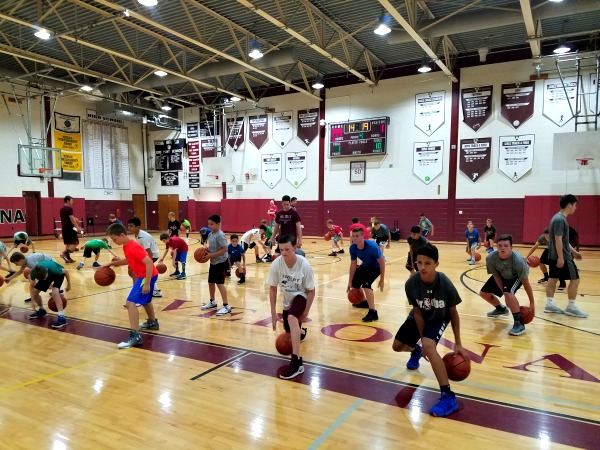 More than 50 boys turned out for the Hillbilly Basketball Camp in late June that was run by Verona High School Coach Eric McElroy.

The camp, which was for boys entering grades 4 through 9, featured daily competitions with prizes, drills and game sessions that included instruction from current and former players, including those from VHS’ 2017 team, which won Verona’s first state championship since 1957.

The camp also had two guest speakers, Bud McNichol and Alex Kaslander. McNichol was an All-State player from Montclair’s Immaculate High School who went on to play at Saint Peter’s College. Kaslander played for VHS, and in 2014 he was honored for scoring 1,000 points in his high school career. He later played for Gettysburg College in Pennsylvania.