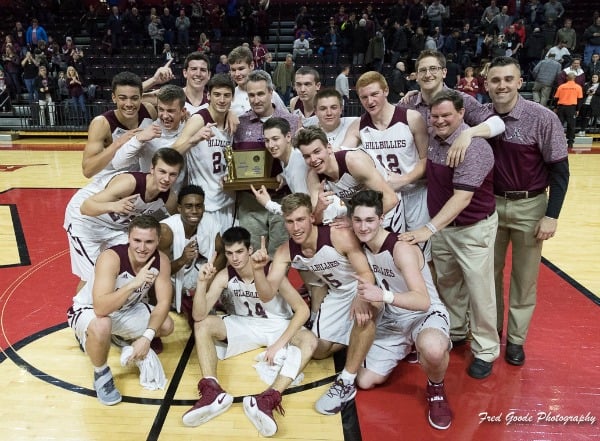 On Sunday afternoon at the Rutgers Athletic Center, the Verona Hillbillies boys basketball team beat Woodbury 69-54 to win their first state championship in 60 years. This was Verona High School’s second Group 1 championship this school year. The boys soccer team tied Haddon Heights in November for a share of the championship. Four basketball players were on that soccer team, including starting point guard Jack Farrell. 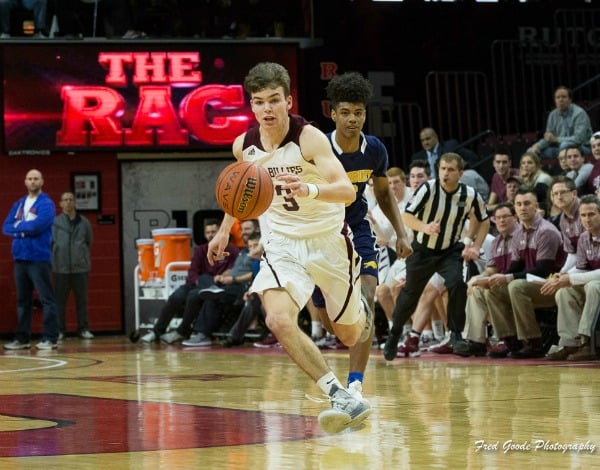 “It was definitely a goal to get both soccer and basketball,” Farrell said of his two state championships. “I wouldn’t be up here if it weren’t for my teammates next to me. I owed it to my team. I owed it to the town. I´m just really excited to be up here.”

Farrell had a very productive day scoring 8 points with 6 rebounds, 3 assists and 4 steals. 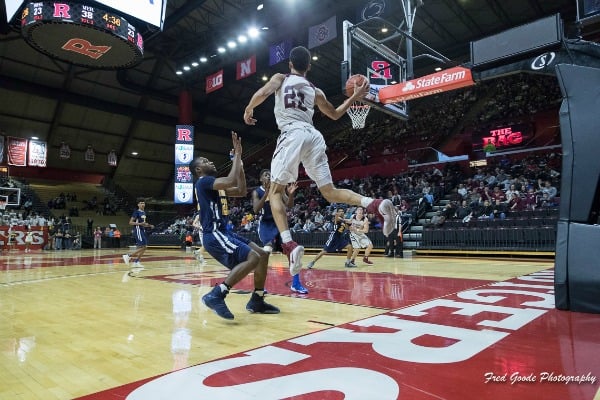 Travis Jocelyn and and Matt Zaccone led Verona in the first quarter with 7 points and 6 points, respectively. The Hillbillies led Woodbury 13-8 after the first quarter. They extended the lead to 23-10 during the second quarter until Woodbury went on 11-3 run run to cut their deficit to five. But Verona took the momentum going into halftime, scoring 4 points in the final 30 seconds to make the score 30-21. Farrell converted on an easy layup after a steal and Zack Zaccone hit jumper to to beat the buzzer. Jocelyn finished with 30 points and 9 rebounds, while Matt Zaccone had 6 points, 4 boards and 4 assists. 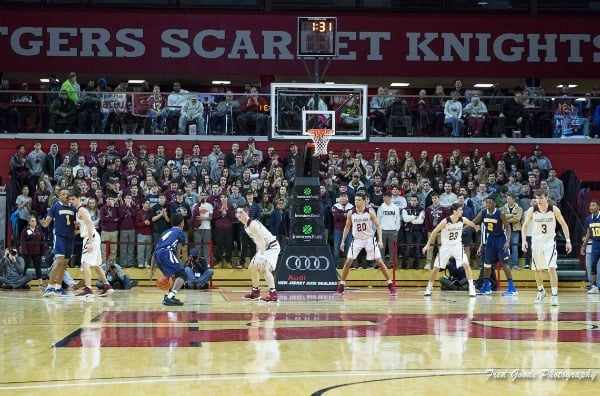 “Scoring the last two baskets in the first half was definitely a great momentum boost going into the locker room,” said Joe Zecchino of the two buckets at the end of the half. “It kind of showed that we can finish this game out if we keep playing like we’re playing.” 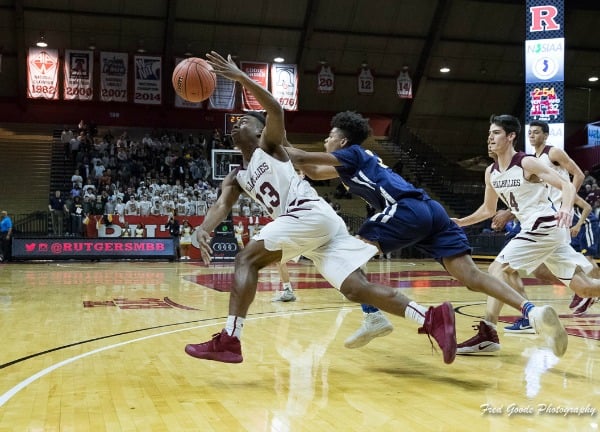 The third quarter was similar to the first as the Hillbillies got off to a hot start, going on a 12-0 run until Woodbury went on a run of their own to make the score 44-38 at the end of the third. The fourth quarter was all Verona though, controlling the offensive paint and boards to seal the deal at the RAC for the 69-54 win. 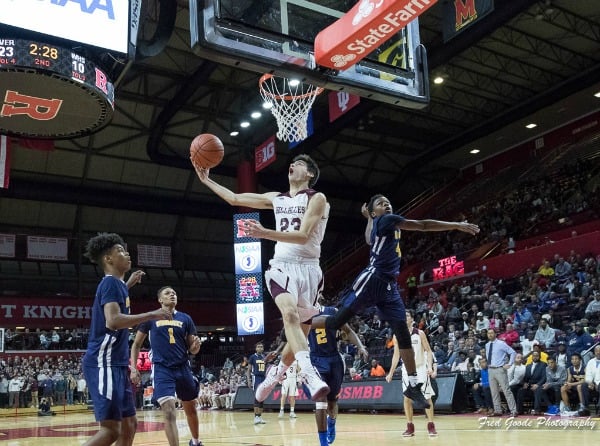 Zecchino and Zack Zaccone both finished with 11 points. Zecchino also had 9 boards and Zaccone dished out 4 assists with 5 rebounds and 3 steals. 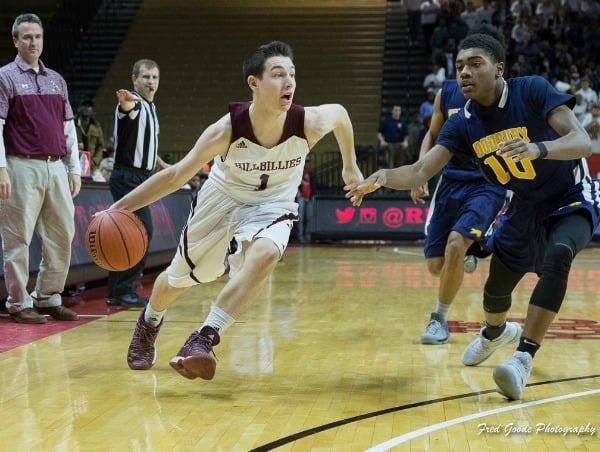 Verona is set to play in the first round of the Tournament of Champions on Wednesday or Friday, depending on the weather for these next few days. The game will be at the Pine Belt Arena in Toms River. It has not yet been determined who Verona will face in the ToC.

“These guys are a great team and we’ll do our homework for the ToC and get back in the gym tomorrow,” Coach Eric McElroy said. “We’ll get some film and we’ll look at (whoever our opponent) is and we’ll start breaking them down. We’re here for a reason. We are one of the last six teams remaining. We’ll get to work. We’ll do what we can.” 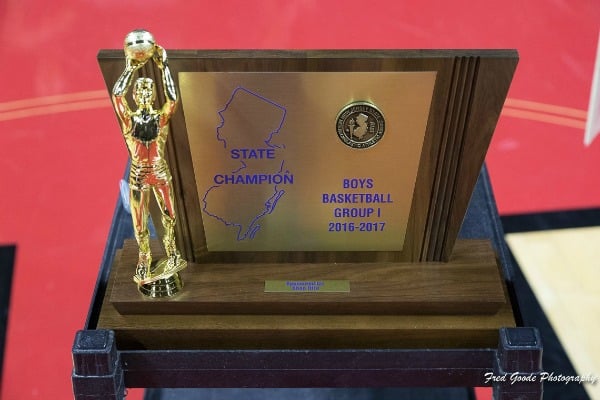