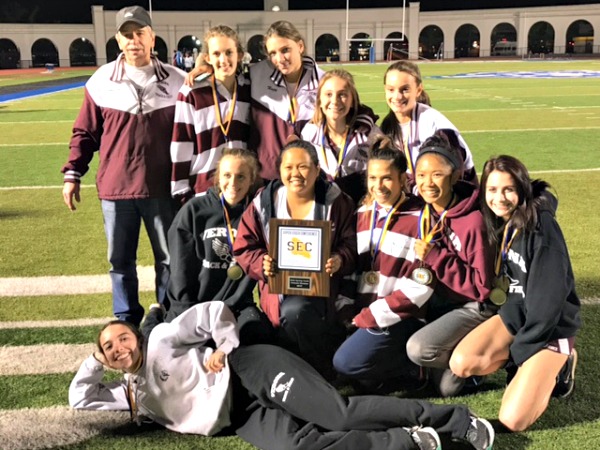 In the girls’ events, Kate Ashley was incorrectly tagged in the 400m event as the top seed. She was placed in the unseeded heat and given the dreaded lane eight. Nevertheless, Ashley ran a very fast 58.8 400m, nearly breaking the meet record. With very little rest, she returned to run the 800m and clocked at 2:22, setting a new meet record. Along with two first place finishes in the 400m and 800m, Ashley later anchored Verona’s first place 4 x 400m relay team.

“Our entire team rose to the occasion with each girl delivering a stella performance throughout all the events along with numerous personal best performances,” said Verona girls coach Gene Leporati.

In javelin, Caitlyn Keneally took second place at 82’5″ and Julia Cambreleng took fourth at 71’1″. Kelly Petrino and Lily Benanchietti tied for first place in pole vault with vaults of 8’0″.

The girls finished the season with an undefeated dual meet record of 9-0. 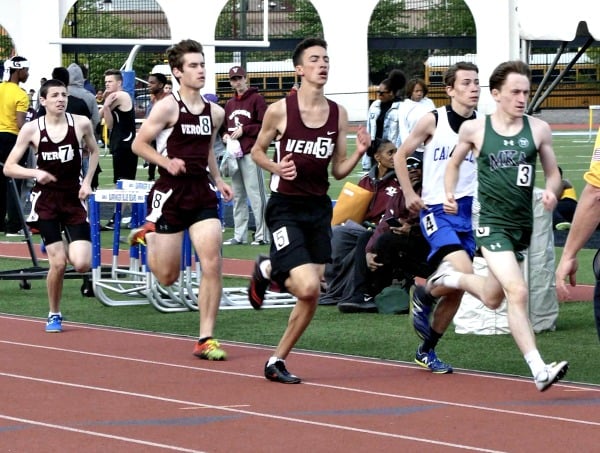 On the track, sophomore Frankie Lavery took fifth in the mile in 4:50, and then came back to run his personal best in the 3200 meters, a 10:28 that earned him fourth place. Junior Jason Siegelin had a strong finish in the 800 meters, giving him third place with a time of 2:13. Junior Evan Huaman placed sixth in the 400 meter, running 55.92. Junior Robert Coppola made it to the finals of the highly competitive 100-meter dash. He placed fifth overall in the finals, running 12.11.

Junior Cullen Pelfree took home three medals: a fourth place in the 200 meters running 23.72, second in the 400 intermediate hurdles running 59.55, and anchoring the 4×400 meter relay that took third place. Evan Huaman and freshmen David Navarro and Vincent Hogan teamed up with Pelfree in the 4×400 that took home the bronze and ended the meet.

“I am so proud of the boys,” said VHS boys Coach Laura Palmerezzi, “especially with all these personal bests.” 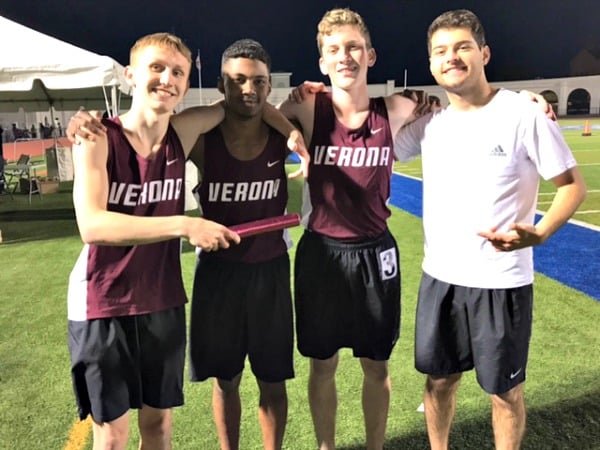