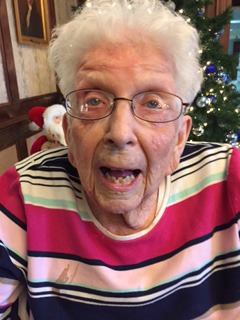 She moved to Michigan to be near her daughter Ruth, son-in-law Rick and the grandchildren.

She will be greatly missed by daughter Joan, son Harold and daughter-in-law Eva in Sweden. She had four grandchildren and five great-grandsons. Rest In Peace.