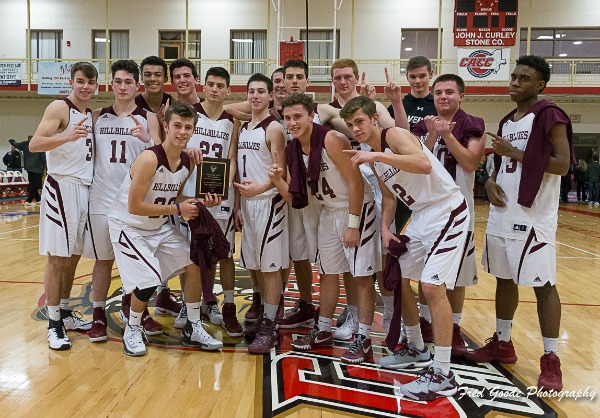 The Hillbillies were clicking in all facets of the game, mixing an array of points in the paint with 5 three pointers made. The boys’ ball movement and ability to find the open man was also on point.

Jack Farrell led the scoring with 18, Joe Zecchino dropped 17 and Matt Zaccone had 10. Travis Jocelyn also chipped in 9. The Verona boys’ next game will be next Thursday against Livingston.

The Verona High School girls basketball game also made it to the tournament finals after edging out Caldwell 26-24. While the girls often came close against Cedar Grove, they finished with a 38-30 loss.