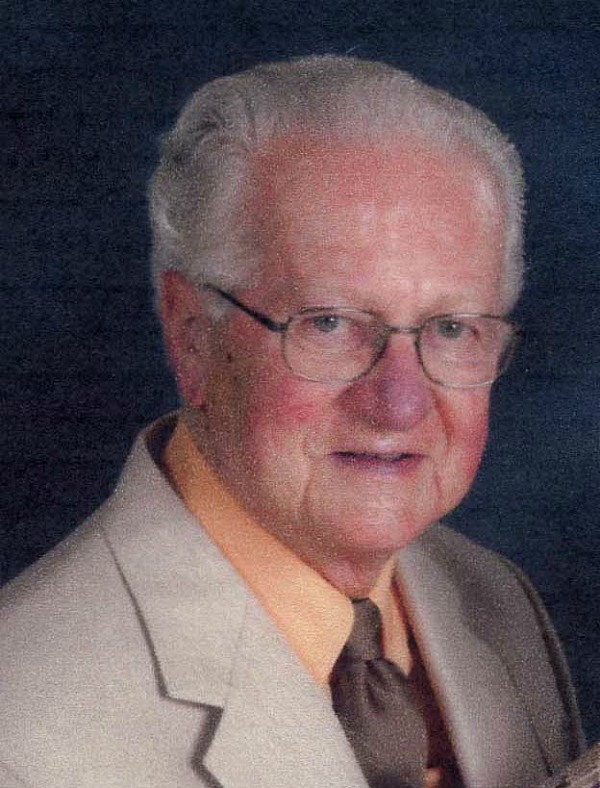 Born in Orange, Mr. Prout grew up in Verona, moved to Caldwell in 1953 and returned to Verona in 1972. He graduated from Our Lady of the Lake School in Verona in 1938 and Seton Hall Prep in South Orange in 1942.

From 1943 to 1945 he was in the Medical Corps of the U.S. Army Air Corps attached to the 8th Air Force in England and France.

He graduated from the McAllister School of Embalming in 1947 and has been a licensed Funeral Director since 1948. He returned to school and, after 4 years of night classes, graduated from Seton Hall University in 1959 with a Bachelors in accounting. Mr. Prout passed the exams to become a certified public accountant, working with his father-in-law at Ryan, Harrington & Mortenson before forming his own accounting practice, which he operated concurrently with the Prout Funeral Home, a firm founded by his father, Michael C. Prout in 1924 and which is presently owned and operated by his son, Bob and daughter-in-law, Meg.

Mr. Prout served on the finance committee and was an Usher at Our Lady of the Lake Church and a long time member and past president of the Verona Rotary Club.

He was a member of the Fathers Club of St. Benedict’s Prep and its Variety Night Committee, the Parents Association of Mount Saint Dominic Academy, the Fathers and Friends of Delbarton School and on the Theater on the Hill Committee at Caldwell College.

Mr. Prout was a Gold Life Member of the West Essex First Aid Squad, where he served as a crew lieutenant, director and treasurer and a Silver Life member of Verona PBA Local 72.

He was a board member and former president of the Community Health Services in West Caldwell, during which time one of the first in home hospice programs in the area was begun.

He was the husband of Joan (nee Schlecter) Muller Prout and the late Jeanne (nee Ryan) Prout.

In lieu of flowers, donations to Verona PBA Local 72, PO Box 72, Verona NJ 07044 or the Endowment Trust of Our Lady of the Lake Church, 22 Lakeside Avenue, Verona, NJ 07044 in his memory would be appreciated.