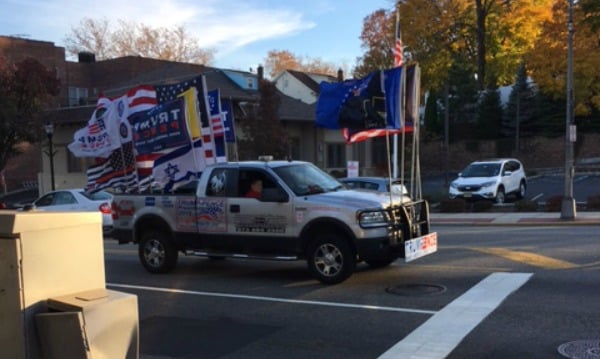 With a turnout roughly comparable to the wave that swept Barack Obama into office in 2008, Verona voters favored Hillary Clinton over Donald Trump in the 2016 presidential election. They narrowly returned Rodney Frelinghuysen to Congress, overwhelmingly voted down the expansion of casino gambling and voted yes on question No. 2 on safeguarding state fuel-tax revenue for transportation projects. Board of Education member Jim Day and former BOE member Glenn Elliott ran without opposition for the two open BOE seats and received support from voters almost as strong as the presidential candidates.

According to the unofficial results compiled at Town Hall, overall turnout in Verona was 71.8%, up from 65.7% in the 2012 presidential election, in which participation had fallen 10 percentage points from 2008. The turnout was lowest in District 1, which encompasses both Claridge condominium towers and Verona east of Pompton Avenue. In April, the Essex County Board of Election changed the polling place for District 1 to the Claridge II building from Laning Avenue school after Nicholas Amato, the president of the board of Claridge II, requested the change to improve turnout from the towers. Paradoxically, turnout was highest in District 10, which is the rest of the Laning area voters, at 76%.

While Clinton captured New Jersey and currently leads in the popular vote nationwide, Trump won substantially more of the Electoral College vote, at 276 to 218, and is the president-elect. Statewide, voters rejected the casino gambling measure, while narrowly approving question No. 2.

One other race of note: Steve Santarsiero, Verona High School class of 1983, failed in his bid to represent Pennsylvania in Congress from the state’s District 8 in Buck’s County. Santarsiero, who had gone into teaching after the 9/11 terrorist attacks before serving as a Democrat in the Pennsylvania state legislature, would have been the first VHS grad elected to Congress.