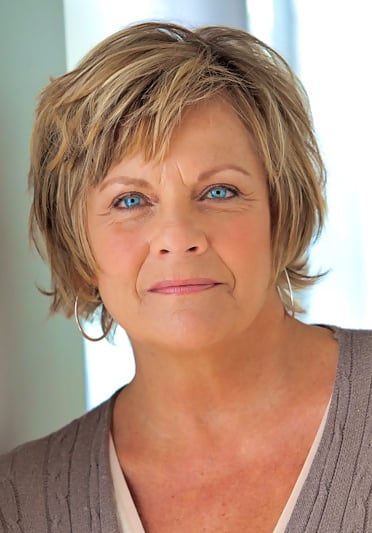 Luna Stage has announced that Emmy-Award winning actress Kim Zimmer will star in the world premiere of Old Love New Love by Laura Brienza, the final show in the company’s 2016-2017 season.

Zimmer, a Verona resident, is best known for her portrayal of Reva Shayne on Guiding Light where she received four Lead Actress Emmy Awards along with 11 nominations, but she is also an accomplished stage actress. She recently wrapped up a record-breaking tour with the first national company of Wicked. Other favorite regional and Off-Broadway credits include: Four Dogs And A Bone, Love, Loss, And What I Wore, Blood Brothers, Gypsy, Sunset Boulevard, Dirty Blonde, Curtains, Shirley Valentine and Lost Boy Found At Whole Foods. Other television credits include Seinfeld, Designing Women, Models, Inc., MacGyver, One Life To Live, The Doctors and Santa Barbara. Film credits include 23 Blast, Body Heat, Freshmen Father, Keeping Secrets and Trench Coat In Paradise. Ms. Zimmer’s experience in daytime TV spans 32 years and is chronicled in her best selling memoir I’m Just Saying!. She is a graduate of Hope College and The American Conservatory Theatre in San Francisco. Her appearance in Old Love New Love marks her Luna Stage debut.

Old Love New Love is described by its promoters as a funny, moving, and life-affirming play about the challenges of caring for loved ones with Alzheimer’s disease. It tells the story of a mother and a daughter navigating the choppy waters of infidelity under very different circumstances: Gloria’s husband Colin has fallen for another Alzheimer’s patient at the facility where he resides. Michelle’s husband Matt has strayed after losing a local election and wrestling with his unfulfilled ambitions. “A play about what we can’t remember and what we can forgive,” says Luna Stage artistic director Cheryl Katz, “Old Love New Love celebrates the lengths we go to in order to honor the lives of those we have loved.”

Old Love New Love opens to previews on Thursday, April 7, and runs Thursdays through Sundays until May 8. Opening night is Friday, April 15. Tickets range from $27 to $37. Group sales available. $10 student rush tickets available one half-hour before curtain. Individual tickets can be purchased at lunastage.org, or at the box office Tuesday to Friday, from 10:30 a.m. 3 p.m. The box office phone is (973-395-5551).

Luna Stage is located at 555 Valley Road in West Orange. The theater is handicapped accessible and offers assistive listening devices.