Facebook
Twitter
Pinterest
WhatsApp
- Advertisement -
There may be no crying in baseball, but there were more than a few tears shed in Verona last month when supreme softball fan Tom DaRin lost a long battle with small cell cancer. 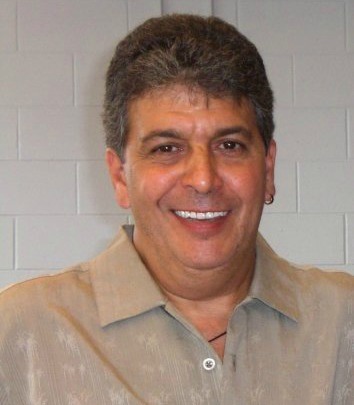 DaRin died on March 20 with his family at his side: His wife Cynthia DaRin and his daughters Ann Bustamante and Brianna and Jenna DaRin. It was through his daughters that DaRin developed a love of softball, and he coached the sport in his spare time after the family moved to Verona in 1999. His love of the game was such that, at his passing, his family asked for donations to be made in his memory to the Verona High School Girls Softball Booster Club. “His support of our sport was nothing short of amazing,” says Christina Chivily, a past president of the Softball Boosters.

“Mr. DaRin was an outgoing and friendly man who cared so much for his daughters,” says Angela Salisbury, the VHS softball coach. “As a coach, I remember him being super supportive of Brianna, coming to almost every game, be it home or away. But was not just supportive of his own child, but of the whole team and all of the girls who were a part of it. After each game, he would congratulate me and we would share a proud moment about something positive that happened, whether it involved his own daughter or not. He genuinely cared for Brianna’s teammates and for the softball program as a whole. Even in his passing, his generosity to the Verona softball program continues, as Mr. DaRin instructed that in lieu of flowers, donations be made to the softball parent booster organization. Just another example of his love for his daughters and the game of softball in Verona.”

DaRin celebrated softball achievements on his Facebook page, from his local teams to the news that softball will be a sport in the 2020 Olympics, and it was on Facebook that his friends remembered his life. “I am heart broken that we all lost a good man and a good friend today,” Jennifer Stafford‎ wrote on the day of his passing. “Tom DaRin had such a good heart in his love for his family and friends, softball and dogs. He also had a great sense of humor. … We will miss him at that softball games but I am sure he will be there putting in his ‘opinions’ has he does so well. God bless you Tom!”

“He will be missed,” wrote F.N. Brown art teacher Joni Jasterzbski. “What a life well lived.”

In addition to the Softball Boosters Club, DaRin inspired two other fundraisers. A GoFundMe campaign was set up for medical and funeral costs, and Brianna DaRin is participating in the American Cancer Society’s Relay for Life.

“Tom DaRin would give you the shirt off his back,” Pam Priscoe wrote on Facebook. “Help his family get through this very difficult time.”

Condolences and memories may be shared on the Website of Shook’s Funeral Home, where you can read Tom DaRin’s obituary in full.