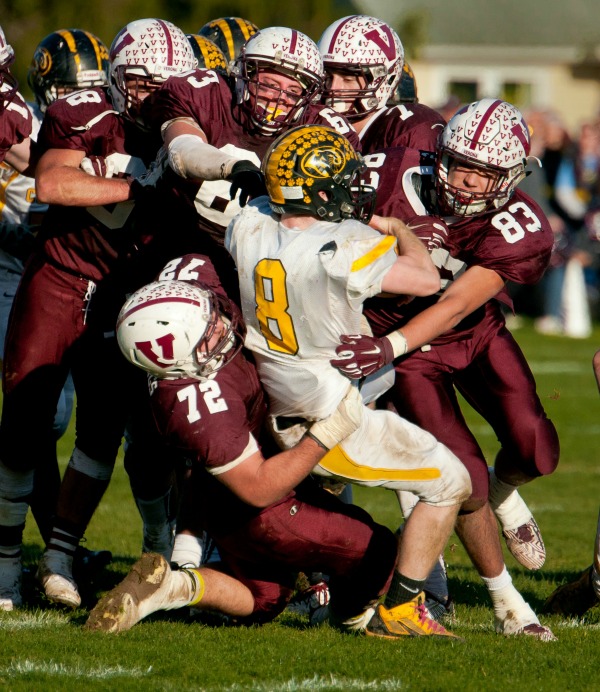 There have been Red Raiders and Royal Knights, Ridgers and Rough Riders, Bulldogs and Millers,Tornadoes and Warriors, Panther and Aviators. But through it all this season there have been Hillbillies, who once again soundly defeated an opponent on Saturday. With its 41-15 win over the Cresskill Cougars, the Verona High School football team eliminated the last remaining obstacle to another appearance at the North 1 Group 1 state championship. 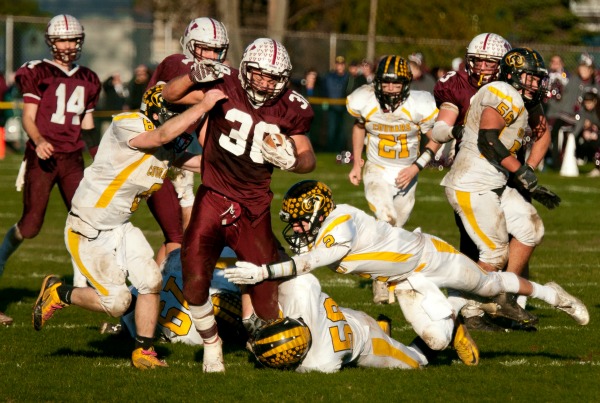 On offense and defense, the Hillbillies ruled Doc Goeltz Field, much as they ruled over Cresskill last year in the Meadowlands. After Mike Stanisci put Verona on the scoreboard in the first quarter, seniors Mark Riggio and Mike Carlucci split the touchdown work. Riggio went to the end zone three times, piling up 138 rushing yards on the day. Carlucci, meanwhile, scooped up a key fumble in the end zone and scored this TD in the fourth quarter, captured on MyVeronaNJ.com’s ScoreStream app. Senior Nick DePaul led the defense with 10 tackles and sophomore CJ Lavery snagged an interception and a huge 49-yard gain for Verona. Zack Zaccone had another stellar outing, with 143 yards in the air. He has logged 766 yards in Verona’s undefeated season. 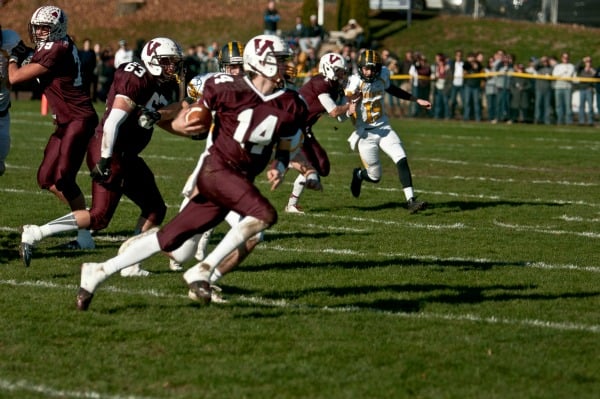 This year’s state championship won’t be a return trip to the night lights of MetLife Stadium, however. The December 5 final is going to be played at Kean University, with a 10 a.m. kickoff. But it will likely light up the field just the same. The Hillbillies’ opponent will be none other than the neighboring Cedar Grove Panthers, the No. 3 team in North 1 Group 1. The Panthers, who had a very narrow loss to Verona on November 7, showed just what kind of a contender they are likely to be at Kean in their semifinal against No. 2-ranked Boonton High School: On the opening play, Cedar Grove QB Nick Zecchino fired a 51-yard bomb into the hands of Tom Greatorex. The Panthers went on to win 24-13.

After the final whistle on Saturday, VHS Coach Lou Racioppe summed up what lies ahead for his squad. “We have not come this far”, he said, “to let anybody take it away.”

You can follow the final on MyVeronaNJ.com’s free ScoreStream app, and add your own comments, photos and videos to the action.
Photos copyright Bob Thomas. Used by permission.