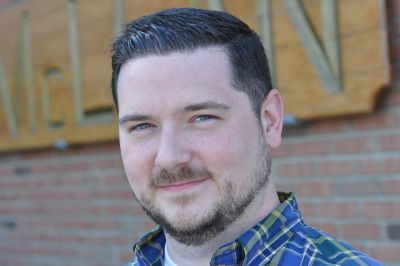 The Seamen’s Church Institute (SCI) announces the appointment of a new head of its International Seafarers’ Center in Port Newark, an 18,000-square-foot hospitality center for maritime workers in the Port of New York and New Jersey. On August 7, 2015, Verona resident Stephen Lyman became the Center’s director after four years’ involvement with SCI, most recently as the Center’s operations manager. Lyman’s expanded role includes port relations, facility management and the coordination of services for the thousands of seafarers, truckers and port workers who use SCI’s Center each year.

Lyman brings a 14-year tenure in not-for-profit work. He graduated in May from Montclair State University with a degree in Operations Management and Sociology and currently pursues a Masters in Public Administration from Rutgers, Newark. Lyman describes a crossroads of passions: “an interest in business and the people doing business.” This combination positions him as an ideal candidate for SCI’s Center, where the trillion-dollar industry of maritime commerce comes together, with men and women from all over the world.

Added to his background and training, Lyman has soaked up port life and maritime industry operations during his time at SCI. Working in a variety of capacities at the Institute’s Center—from one-on-one dealings with seafarers to coordinating complex port relations—Lyman has his finger on the pulse of activities. Responding to requests from port workers, he played a major role in establishing a popular new fitness center on the first floor of SCI’s renovated Center.

Lyman oversees a critical point of intersection for seafarers coming into the Port of New York and New Jersey. Many turn up for free Wi-Fi, computers, health services and easy, quick access to services available only on land. In 2014, SCI provided free in-terminal transportation to 16,242 seafarers. The Center also serves as the means by which the land-based side of the industry connects with port operations. Truckers and port workers use business services offered at the Center (e.g., fax, money orders and wire transfers) and the facilities for rest and relaxation—like SCI’s basketball courts and the port’s only green space in the midst of miles of concrete. Additionally, maritime industry companies and organizations utilize SCI’s centrally located conference facilities.

An ideal place to introduce various non-maritime folk to the world of global commerce, SCI welcomes hundreds of visitors each year. The Center hosts individuals and groups, including volunteers, community organizations and businesses. Under Lyman’s leadership, SCI anticipates an increased engagement with the area surrounding the port, building a “local community” in the midst of an enormous global one. “Although our building’s name says it,” says Lyman, “it isn’t just for seafarers. We welcome all the players in maritime commerce—everyone who benefits from the work of mariners.”

To enquire about the Center and arrangements to visit, contact Stephen Lyman, director of SCI’s International Seafarers’ Center, [email protected] or call +1 973-589-5828. 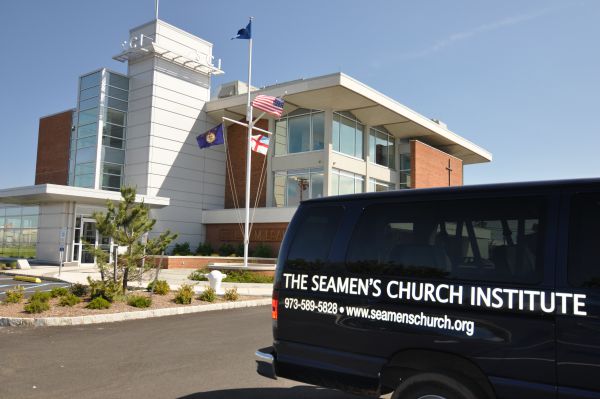 Founded in 1834 and affiliated with the Episcopal Church, though nondenominational in terms of its trustees, staff and service to mariners, the Seamen’s Church Institute of New York & New Jersey (SCI) is the largest, most comprehensive mariners’ agency in North America. Annually, its chaplains visit thousands of vessels in the Port of New York and New Jersey, the Port of Oakland, and along 2,200 miles of America’s inland waterways and into the Gulf of Mexico. SCI’s maritime education facilities provide navigational training to nearly 1,600 mariners each year through simulator-based facilities located in Houston and Paducah, KY. The Institute and its maritime attorneys are recognized as leading advocates for merchant mariners by the United States Government, including the U.S. Congress, the U.S. Coast Guard, and the Department of Homeland Security, as well as the United Nations, the International Maritime Organization, the International Labor Organization and maritime trade associations.