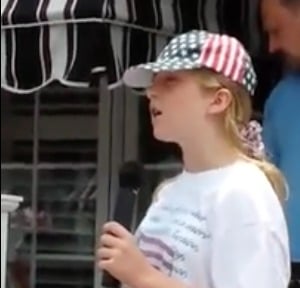 Lindsey Rawding, who will be a sixth grader at H.B. Whitehorne Middle School this fall, impressed a crowd of over 500 people on July 4th with her rendition of “The Star Spangled Banner” at the annual Normandy Beach Flag Raising and Veteran’s Appreciation Ceremony.

The ceremony, the brainchild of Normandy Beach resident and veteran Bob Mrozek, is in its 28th year. This year’s celebration included a ride by of over 25 American Legion motorcyclists, a procession by the Shamrock & Thistle Pipes & Drums, as well as a fly over by three jets from the Ocean Air Support Squadron.

The highlight of the afternoon was the recognition of more than 50 veterans, including Verona residents John S. Foster Jr. and Lindsey’s father, Albert Rawding. Emotions ran high as the flag was raised while Lindsey sang the “Star Spangled Banner.” Loud cheers and applause from the crowd punctuated her performance.

The ceremony concluded, as it has every year with an official military dismissal. 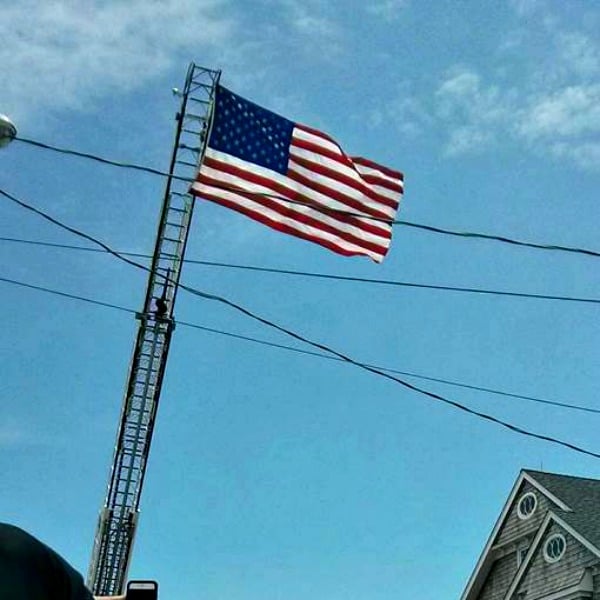