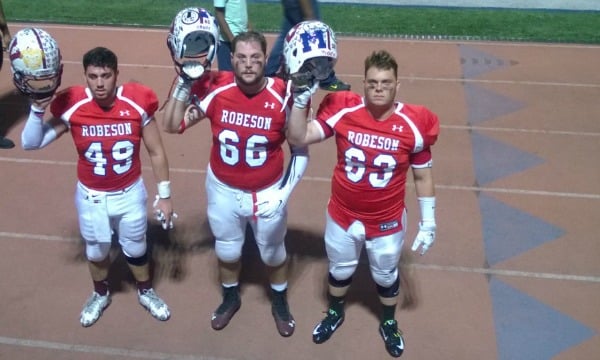 The Robeson Classic was played on June 9 and three Verona High School players played a key roll in the win as the East team rolled over over the West 28-8. Matt Riccitelli ended the West’s 10-minute opening drive at the goal line.

The game marked the last time that Riccitelli, Jimmy Crawford and Mike Cifaretto would play as Verona teammates as they depart to play college football in the late summer. Riccitelli will be playing for Ithaca College, Cifaretto is headed to Susquehanna University and Crawford is going to Essex County College.