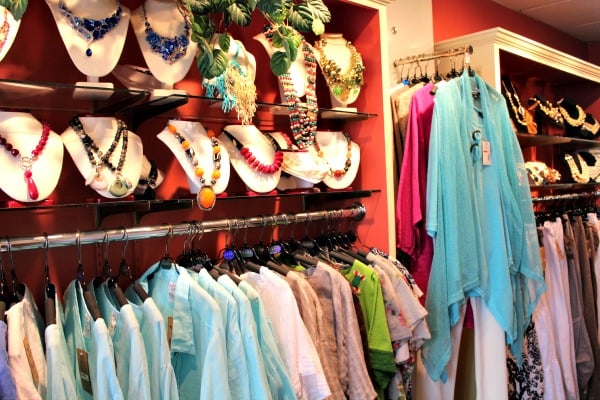 The temperature in Verona was above normal in April and it looks like May will be more of the same. Which is why it’s probably a good idea that there’s lots of heat-beating linen and silk for sale in Verona’s newest boutique, Ivy & Shania.

If you’ve driven Bloomfield Avenue into Montclair in the last seven years, you know that Ivy & Shania has been a fixture in the center of that town. But when D.J. Li’s landlord said he needed the shop’s space for a new restaurant, Li asked friends in Verona–the owners of Bella Gente–where she should move to accommodate customers that stretch from Montclair to Caldwell. Their answer: Verona. 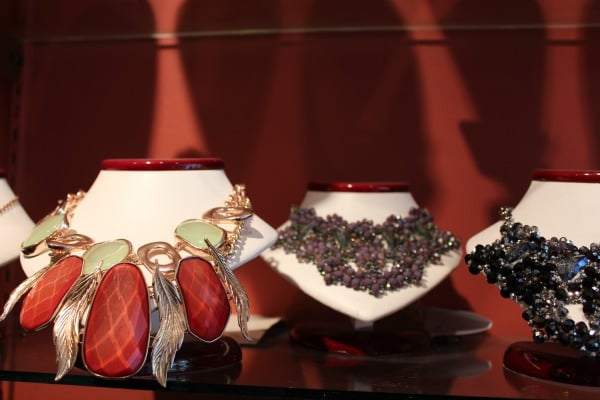 So early this spring, Li brought the fashion sense she honed as a wholesaler in New York City to 524 Bloomfield Avenue, opposite Verona Park. The space, which had been the long-time home of a china and drink-ware business, now sparkles with statement necklaces that start at just $19. Li loves natural fabrics, so there are linen tunics at easy price points too and silk scarves.

Instead of big-name designer labels, Ivy & Shania carries staple pieces that can take their wearer from looking sharp at the office to the sidelines of a big game and right on to dinner. The store has a signature jacket that features an asymmetrical front closed by a big button and a sweeping, hip-length back. Li carries it in several different fabrics that could complement a pair of jeans as easily as a basic black dress. The boutique is open seven days a week now, but Li may adjust those hours when Verona heads to the Shore for the summer. 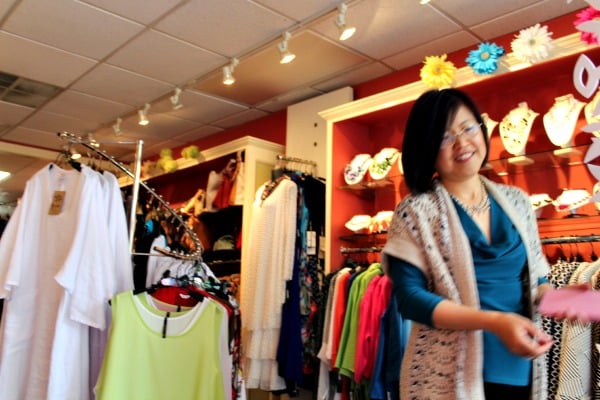 It’s been an interesting journey since Li first came to the suburbs to hold a raincoat sample sale, but she’s found a clientele that appreciate her eye for striking basics. “We opened a store out of love,” she says. “We love fashion.”

- Advertisement -
Previous articleNochimson Thanks Voters
Next articleTop Stories For April 2015