Track Loses Championship By Half Point 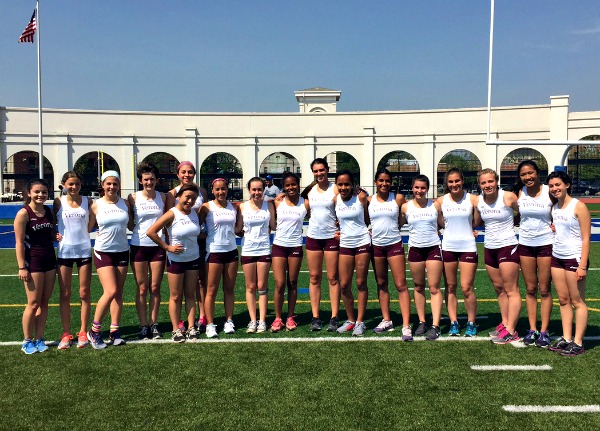 Ten of the VHS girls recorded their personal best performance in their respective events. Senior Jessica Williams took a first place in both the 400m hurdles and 100m hurdles, with personal best times of 1:10.4 and 17.4.

Freshman Carly Waterman continued her outstanding season with a first place and personal best in shot put, with a throw of 30′ 4 1/2″ while also gathering a fourth place in the javelin with a toss of 81’10”. Junior Nell Karpinski scored in four events, beginning with a second place in javelin with an effort of 92’11”, a fourth place in shot-put of 25’3″, and a fifth in discus at 71’4″ and a tie in triple jump with teammate Celine Matta with jumps of 28’2 1/2 “. Michaela Fogarty recorded another first place and personal best with a jump of 7’6″ in pole vault. Ariana Matias finished fourth in the 100m (13.35) , sixth in the 200m (27.7) and was the second leg of our 4 x 400m relay.

Here are the rest of Verona’s place finishes: