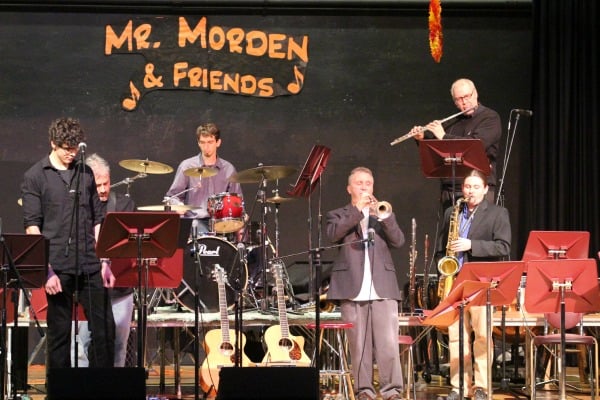 A lot of people were having way too much fun at Verona High School on Saturday night, and it was all Max Morden’s fault.

The long-time Verona music teacher convened some of his colleagues and former students for a jam session that ranged from classic trumpet to classic rock, all to benefit Verona Jazz & Beyond, the jazz band at VHS. It was like an old-fashioned musician’s rent party on steroids.

We’ve profiled some of the Morden alumni before, like Matt Ryan, Matt Schoenebaum and Dean Nevolis, who have a ska band called The Defending Champions, and Robbie LaFalce, who recently turned the things he picked up in his music tours into a vintage collectibles store. 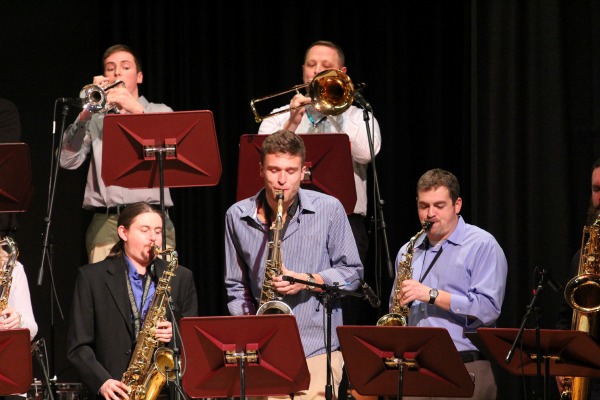 But there were plenty of others on stage who have turned the musical head start they got in Verona into their avocation and their career. There was a large contingent from the Verona High School class of 1998–Anthony DeVizio, Brian Ferrel, Sharon Palatucci and Janine Miscia Barboza–who keep music in their lives despite careers in other fields, as does Stephan Lipinski, VHS ’90. Palatucci lends her rich soul voice to a sacred music group called The Methodicats. Allison Smartt is a theatrical sound designer who has produced shows like “Mom Baby God”. James Lawrence, Caitlin Dunleavy, Joshua Hunnex are music teachers, while brothers John (VHS ’98) and Sean (VHS ’01) Lango perform in several rock bands and Matthew Morden (VHS ’07) has turned a love for Japanese pop into something called Bubblegum Octopus. Andrey Stolyarov (VHS ’08), is an internationally recognized musician now finishing a doctorate in composition at The Hartt School. Stolyarov and Megan Smillie, a VHS’ 10 grad who performed in an a cappella group in college, absolutely killed on “Proud Mary”. 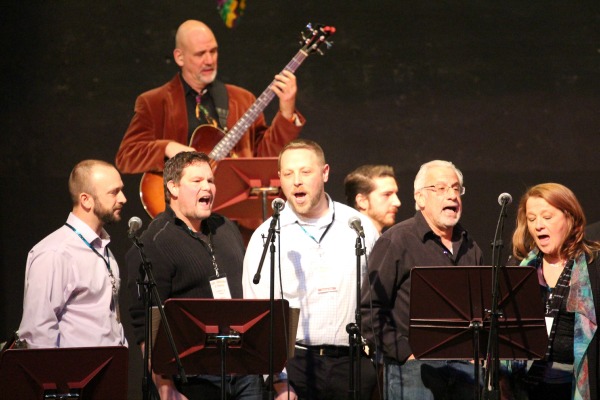 There were others on stage who are likely to follow in their footsteps, like Matt Tischio (VHS ’11), who is completing a degree in jazz studies, and Danny Malloy and Giancarlo Cordasco (both VHS ’13), who are majoring in music management and classical trumpet, all at William Paterson University. Nik Bostrom performed with Verona Jazz & Beyond, while his dad Anders Bostrom, who regularly plays flute in Broadway shows, was instrumental in most of the night’s other music. Morden also got several Verona educators who aren’t music teachers up on stage, including Brian Samples, Louis Waibel, Mark Rossi, “Doc” Siegel, Joni Jasterzbski and Brookdale Avenue School Principal Rich Rampolla.

Take a listen to the night’s rendition of “The Letter”, performed as a tribute to the late Joe Cocker. That’s Matt Ryan on lead vocals.