Board Of Ed Hears Objections To PARCC 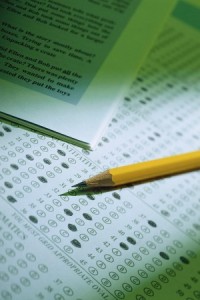 Verona, like every other public school district in New Jersey, has been preparing for the debut of a new state-mandated standardized test this spring. At last week’s Board of Education meeting, the BOE heard almost an hour of concerns about the PARCC, the test that accompanies the so-called Common Core curriculum that New Jersey now is following.

The discussion begins at the nine-minute mark of the video below. The audio quality is poor in spots but you will hear Superintendent Rui Dionisio speak about what Verona is doing to prepare students for the test. Several months ago, Dionisio announced that Verona would be investing in more computers, both for the test and for regular classroom use. (Verona also dropped midterms at Verona High School to accommodate the PARCC, which stands for Partnership for Assessment and Readiness for College and Careers tests.)

The speakers included Judy Rostello, a Wayne resident who is a member of Citizens United for Responsible Education New Jersey. She has been active in the opposition to the Common Core in Wayne and has addressed school boards in other towns. The board also heard from Liz Arias, who is among the Verona residents who have organized an information meeting on the PARCC on February 21, as well as from Al DeOld who taught at Verona High School for many years.

Dionisio said that testing is being organized to be the “least disruptive” to the school day, both in terms of when it takes place and where. Testing will be staggered throughout the school day and week; not everyone will be tested at the same time and students will return to regular instruction once the test is over. Verona will have wireless access ready in March, and will let students work on computers on a PARCC tutorial in advance. “We don’t want their first time working on the computers to be during testing,” Dionisio said.

Verona educators are trying to allay concerns among parents and teachers about the test. They are holding information sessions at the schools for parents, and will have a general presentation on February 24 by the executive director of the New Jersey School Board Association. There is also a page on the PARCC on the school district Web site.

DeOld wanted to know about the repercussions on Verona if the district tries to opt out of the PARCC, as some districts are trying to do. “The only people more stressed out than parents and teachers about the PARCC are school boards because we are being forced to do something that we don’t believe is sensible, rational or thought out,” said BOE President John Quattrocchi, who voiced a number of concerns about the state’s lack of preparation for the test. Quattrocchi said the PARCC, in its current form, will “collapse”, and noted that this year’s scores will not count for student records or graduation requirements. He said that the BOE has been advised by its lawyers that it cannot refuse to administer the test, because it would risk a loss of state aid and be subject to county or state takeover, which could include the firing of our superintendent. “We would be going through all that,” Quattrocchi said, “for a test that doesn’t matter.”