BOE Getting Chromebooks For HBW, VHS 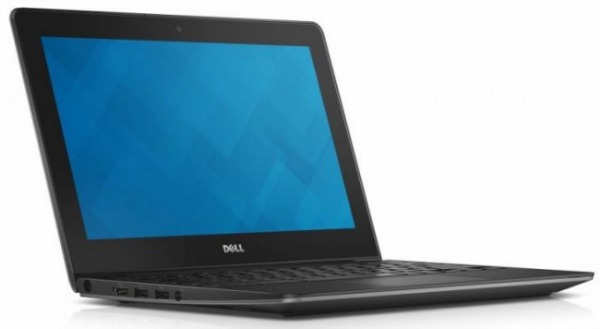 Verona’s public schools are close to a deal to lease 400 Google Chromebook laptops for use at H.B. Whitehorne Middle School and Verona High School.

Superintendent Rui Dionisio told a meeting for all school SCAs last night that the district has been testing models from several different manufacturers and expects to have a decision soon. Chromebooks, which have been around since 2011, are designed to be used mostly while connected to the Internet, so they are an apt complement to the WiFi that Verona is rolling out across the schools as a result of the March 11 referendum.

Unlike the desktop and laptop computers that most of us have at home, Chromebooks don’t have a lot of internal memory. Instead, they let users work through software–called “apps”–on the Internet that not only handle word processing, spreadsheets and presentations but hundreds of other tasks as well. (Dionisio sent SCA representatives links to several videos explaining Chromebooks and Google apps for education, which you can see below.) Students work will be stored on the Internet, which should also make it easier for students and teachers to work on group projects. The Chromebooks will be able to handle the new standardized test that is coming to Verona next March, the PARCC. Verona won’t be alone with the new technology: According to a study by Futuresource Consulting, Chromebooks accounted for almost 20% of the mobile devices shipped to K-12 schools in the United States in 2013, up from less than 1% in 2012.

But while the Town Council last year sought to bond for the purchase of just 50 computers that would cost $1,100 each, the school district will be using its regular budget to lease machines that would retail for about $260 each. The apps the schools would need are free. Dionisio didn’t yet have a final figure on the cost of the lease, but said it would likely have a three-year term that would allow the Board of Education to buy the Chromebooks for $1 each at the end.

While some school districts, like Ridgewood, are buying or leasing Chromebooks for every student, Verona will only be able to stretch the budget for a smaller group. Verona has 2,169 students district-wide, including 620 at VHS and 725 at HBW. Dionisio said that 400 Chromebooks would also be more in keeping with the new WiFi system, which would not initially be set up to allow every student to be on the network at the same time. But the superintendent encouraged the SCA members at the meeting to think about ways that they could use their individual school fundraisers to lease their own Chromebooks.