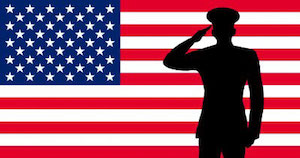 Philip R. Blanche, 96, of Clifton, formerly of Verona, passed away on Dec. 4, 2014. Funeral services will be on Tuesday, Dec. 9, 2014, at 9 a.m. at Shook’s Cedar Grove Funeral Home, 486 Pompton Ave., Cedar Grove., N.J. Funeral Mass is at 10 a.m. at St. Catherine of Siena Church, Cedar Grove. Entombment will follow at Gate of Heaven Cemetery, East Hanover, N.J. Memories and condolences may be shared at shookscedargrove.com.

Born in Newark, to the late Ralph and Jennie Blanche, Philip proudly served our country in the U.S. Army during World War II. He lived in Verona for most of his life before moving to Clifton a year ago. He was a production manager for Worthington Pump Co. in Harrison, retiring in 1980.

He was a founder of the Unity Club, Verona, and a member of the VFW, Cedar Grove post, and the Verona Board of Adjustment for over 40 years.

In lieu of flowers, donations may be made to the Wounded Warrior Project, 4899 Belfort Rd., Jacksonville, Fla.