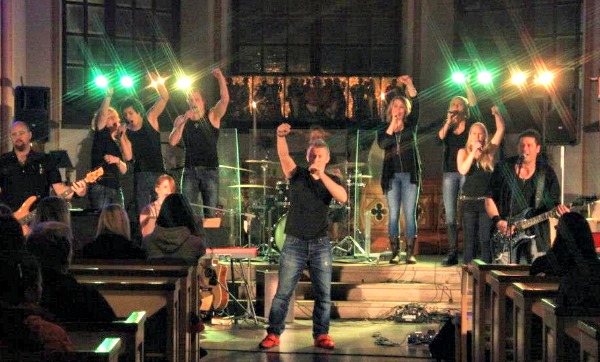 A Christian rock band from Sweden has been on an exchange has been on an exchange visit to our area for the last week, with several members being hosted by Verona families. This Wednesday, July 2, the band, which is known as Crux Gratia, will have a concert in West Caldwell. Don’t speak Swedish? Don’t worry: Crux Gratia writes its music and performs in English (just listen to the video below).

The Crux Gratia concert will be held at the First Presbyterian Church at Caldwell at 7:30 p.m. The church is located at the intersection of Bloomfield and Roseland Avenues as you enter Caldwell. There’s parking on the side streets and behind the Caldwell Diner.

If you want to learn more about the band and why it’s in the U.S., read this story by a member of the youth group that organized their visit.