Facebook
Twitter
Pinterest
WhatsApp
- Advertisement -
Verona High School senior Chris Sweeney captured gold medals in three events at the NJSIAA North Jersey, Section 2 Group 1 Championships on Friday and Saturday. Both the VHS boys and girls track teams placed in the 4 x 400 relays at Ridge High School, and 19 Verona athletes will be continuing on to the state Group 1 Championships in South Plainfield this Friday and Saturday.


In other events, the boys 4×400 team of Matt Intili, Ryan Ramsthaler, Larry Studwell and Chris Sweeney took second place with a time of 3:33.4. In javelin, Louis Natalini took fourth with a throw of 135.04 feet and Christian Grund was fifth at 133.05 feet. Ryan Ramsthaler was fifth in the mile with a 4:50, while Austin Williams was sixth in pole vault with a 10’6″ vault.

The Verona girls track & field team finished sixth in sectionals, which had several events delayed during Friday’s rain. Despite the weather, Jasmine Okafor took second place in discus with a throw of 98′ 5″. Angel Barkley had a fourth place in the girls 400m with a time of 61.4, while Tara Hull took fourth in pole vault at 8’6″. Cristina Calandra finished fifth in the same event with a vault of 8’0″.

Nell Karpinski was fifth in javelin with an 86’4″ throw, and VHS team mates Angel Barkley and Jasmine Okafor tied for fifth in the high jump at 4’6″. Sarah Conboy took sixth in the girls 400m hurdles with a time of 1:10m and Christina Carlucci had a sixth place in javelin at 84’8″. 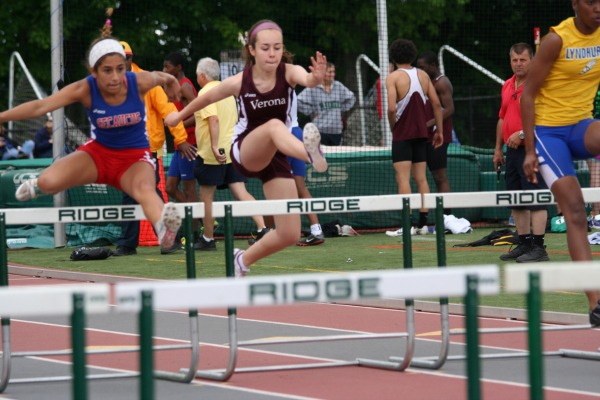 All of these Verona athletes advance to the state Group 1 Championships, which take place this Friday and Saturday in South Plainfield. 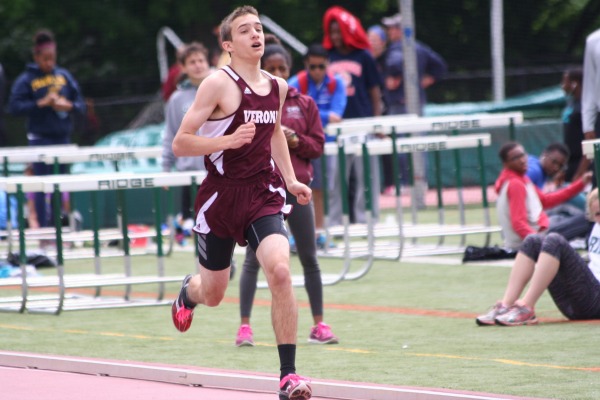