An Idea Your Kids Will Hate: Virtual Snow Days 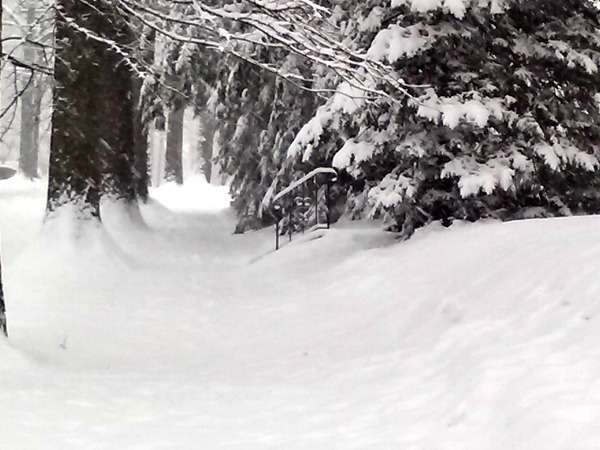 This morning, we posted the alert about the snow day to MyVeronaNJ.com’s Facebook page. Among the first comments we got was one from Meegan Mattheis, who grew up in Verona but now lives in New Hampshire:

“We do ‘Virtual School’ days here in nh at our school for snow days. If they know there might be a snow day the next day, they send the kids home with a packet of school work that takes about 2 hours to complete. We used to do snow make up days on Saturday for a half day. Anything so we can get out the first week of June! I like Virtual School better.”

Virtual snow days have been tested by many schools across the country, and some have even put formal plans in place, like New Hampshire. Its program is called “Blizzard Bag Days” and it runs something like this: A public school district or private school submits a plan to the state commissioner of education to show how the school could operate over the Internet for up to five days in bad weather or some other emergency. That means class assignments must be prepared in advance, teachers have to have Internet access, the academic work to be done online must be the equivalent of what would happen in the classroom and the school must know how many students don’t have Internet access at home and have a plan for them. Teachers must check on the work and at least 80% of students and teachers must participate in the “Blizzard Bag” day for it to count as a school day. If kids don’t do their work on a “Blizzard Bag” day, they are counted as absent. The district can’t declare a “Blizzard Bag” day until its program has been approved by the state.

Could it work here in New Jersey?

“That is a great question and it should work,” says Verona’s superintendent of schools, Steven A. Forte, when reached by one of our era’s key virtual communication tools, e-mail. He says that while New Jersey doesn’t have a “Blizzard Bag” equivalent in place, the state did require all districts to make a pandemic flu plan for long-term closures. “The only thing they never answered was if the virtual days would count as one of the 180 days required,” he said.

If the state did make such a decision, Verona might still come up a bit short. The district’s Internet infrastructure is 10 years old and its email system has been prone to increasingly frequent crashes. The referendum planned for March 11 would spend almost $1 million to upgrade our schools’ tech backbone and bring more new technology to more classrooms. (We’re going to have a whole bunch of stories on that soon.)

So we’d like to get your opinion. What do you think of having virtual snow days here?