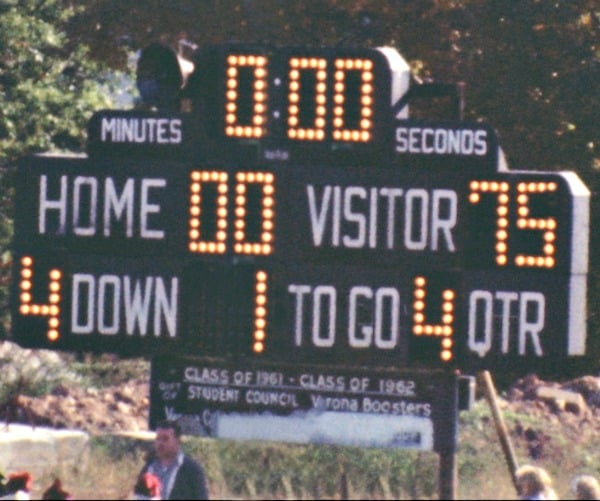 Denver Broncos, there’s a Verona High School football team that feels your pain. They know what it’s like to experience a really humiliating defeat, except that theirs was larger and came, not at the end of a winning season, but in the midst of three years of non-stop losses. Their story, a story about the worst loss in VHS football history, is the subject of a new movie coming out this month.

The 1966 Hillbillies had nothing but losses on their record. They had had no wins the year before, they had no wins in September. And on a bright October day, the team took the field against Madison High School and was crushed, 75-0. So many Verona players were injured in that game, and the next, that VHS actually had to forfeit a game. By the end of the 1967 season, they had amassed 32 consecutive losses, the most ever by a New Jersey high school football team.

Venanzio “Lou” Cortese and Jay Curtis, who played on that long-ago team, have had more than 40 years to contemplate the defeat. They’ve created a film called, simply, 75-0: The Documentary that will have its premiere at the Yogi Berra Museum on Wednesday, February 26.

“We were the only class that never won a football game,” says Curtis.

How did something like this happen in football-mad Verona? How did it happen after VHS teams had been state champions in 1960, 1961, and 1962? There were multiple coaching changes, but the larger issue may have been the Vietnam War: Young men in the 1960s were subject to the draft, but college students could get a deferment. There seemed to be a deemphasis on sports in Verona as academics rose. Fewer young men went out for football.

Ten years after the defeat, Cortese and Curtis did some filming for a movie, but never completed it and lost what little they shot. Last March, “semi-retired” from careers in film production and television news marketing, they started the project again, and turned to the Internet to find the players who had made news that October. “It’s a hell of a lot easier to find people than it would have been 30 years ago,” says Curtis. That included a number of Madison starters, like the team’s quarterback, Steve Natale. And they learned that, when Natale went to Mississippi State for college, his team lost 75-0 in the Astrodome. “I felt Verona’s pain,” says Natale in the movie. Says Cortese, “The Verona guys didn’t blame Madison. The Madison guys seemed to have more regrets.”

Then they found what Curtis calls “the Holy Grail”: Footage of the actual game, in the archives of Madison’s sports boosters group. They had it digitized and added some sound effects. “It looks like it was shot yesterday,” he adds. And for the Verona players featured in the movie, guys like Bernie Weich, Frank Miscia, Kerry Mucci, Lenny Nigro, Mike Berman and Robert Zazzali, it seems as if the game was just yesterday. “For some people,” says Cortese, there are three things in your life that you remember: eating, girls and football.”

If you’re looking for a Hollywood happy ending, you’ll need to look elsewhere. Yes, Verona eventually did start winning football games again, in the fall of 1968. But the players of 75-0 had moved on. “Everyone went on in their lives and they more or less succeeded,” says Cortese. And they learned a lesson that was perhaps more valuable than winning. 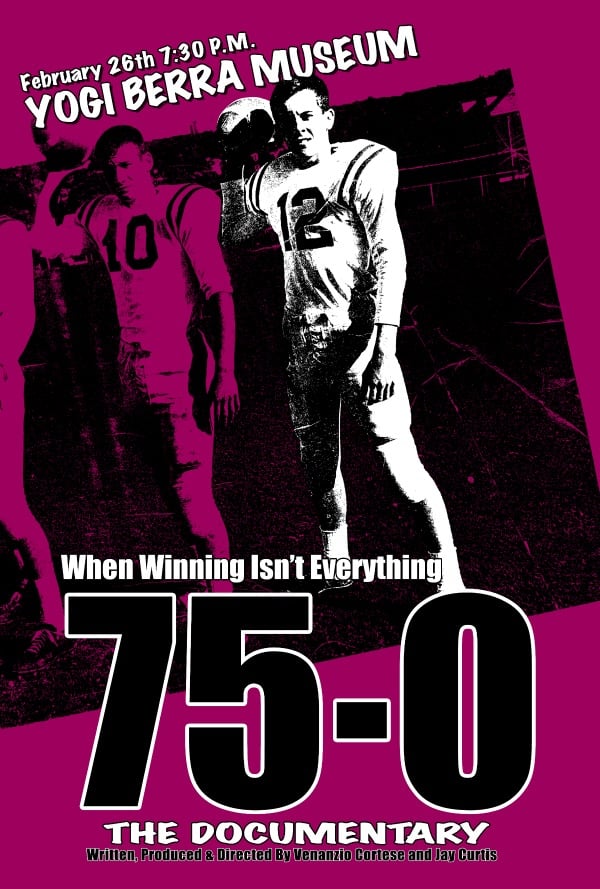