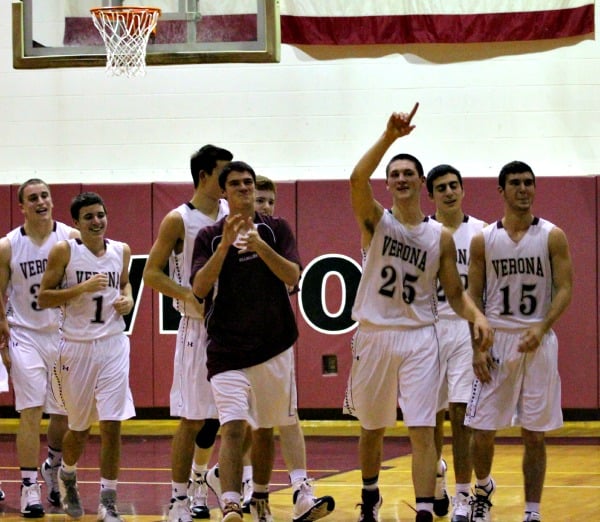 It’s time to remake that giant banner in the Verona High School gym: This afternoon, Alex Kaslander joined the exclusive club of VHS basketball players who have scored 1,000 points in their high school career. 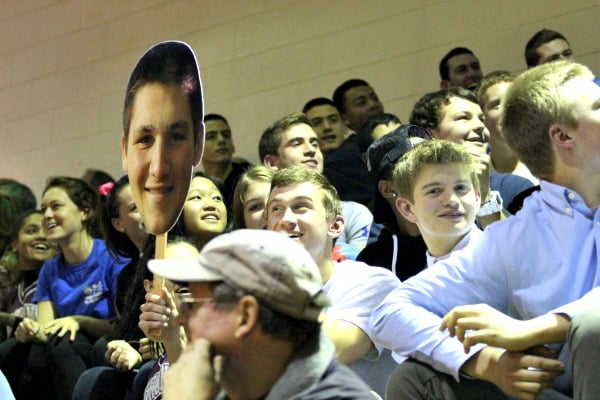 Kaslander score the milestone late in the third period of the game against North 13th Street Tech, a game that Verona would go on to win 66-51. Only 10 VHS boys and six VHS girls have had 1,000-point careers since Bucky Hatchet became the first to do so in 1945. 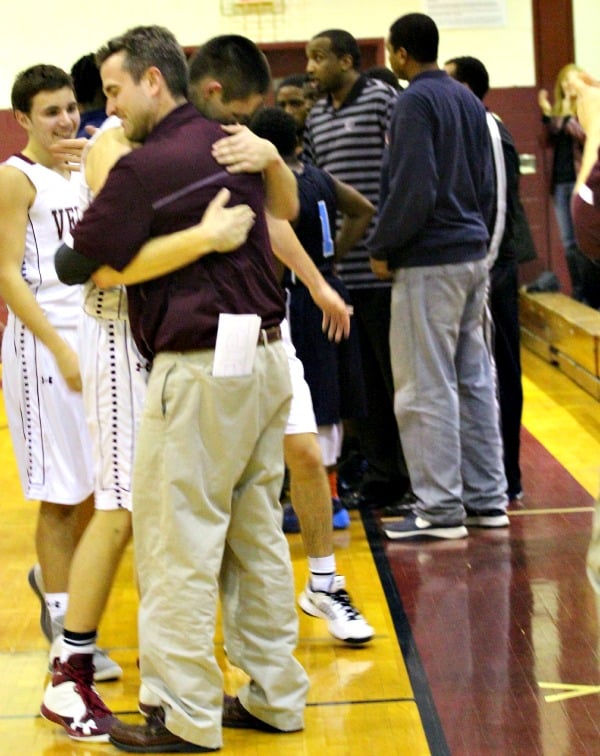 Kaslander came into the game needing 23 points, but only scored nine in the first half. There were some nervous glances around the gym, which was packed with family, friends, alumni and students. But the senior threw his game into high gear and the remaining points began to slide through the hoop with air to spare. 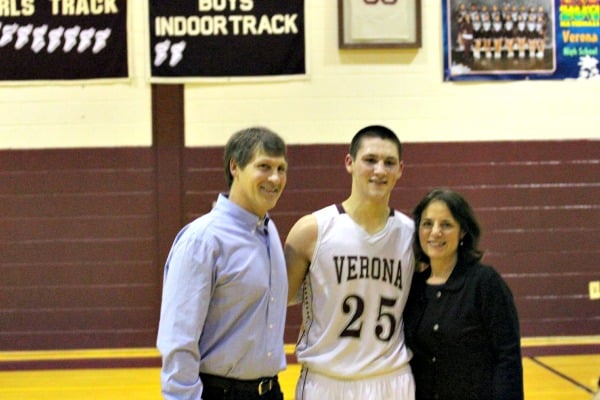 With just five points to go, the fans got to their feet and unfurled banners, and Kaslander’s mom, Amy Ferrari Kaslander, passed out some big head cutouts. The cheers rose louder and louder and the last points went in in a flash.