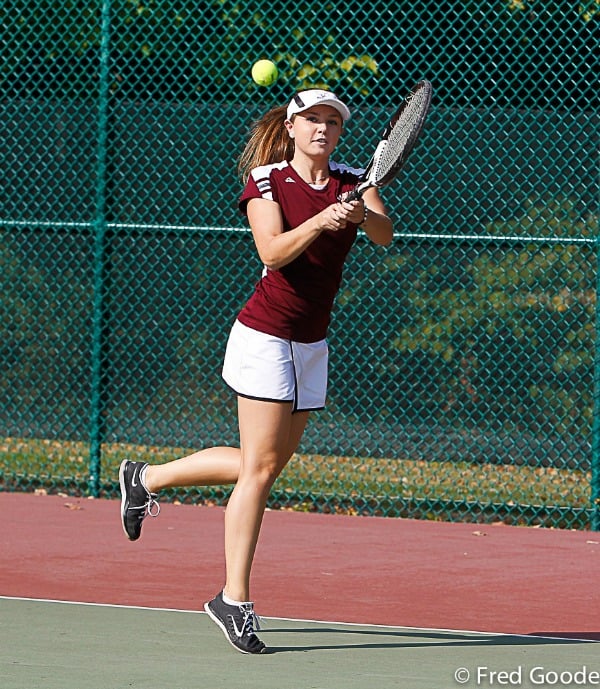 If there is one thing that the Verona High School girls tennis team has been able to count on each season, it is a winning season from Briana Tedesco.

A tennis player since the age of nine, Tedesco has led the doubles lineup at VHS for the past three years, paired with junior Caroline Chivily in first doubles. Together, they have defeated almost every opponent they have taken on, from this season’s opening match against Mount Saint Dominic Academy (6-0, 6-1) to North Jersey, Section 1 Group 1 sectionals (6-0, 6-1 again) and the the NJSIAA Group I semifinals against state champion Pennsville High School (6-2, 6-0). For her consistent leadership of the VHS tennis team, Briana Tedesco is this week’s Verona Sports Boosters Senior Athlete of the Week.

Tedesco is a winner off the court as well. She cheers competitively, and is a member of the Art, Spanish and National honor societies. When she was inducted into the National Honor Society this past May, VHS science teacher Jorge Valcarcel praised her work ethic in her science courses. “I can honestly say that in my twenty years at Verona High School, I have never seen a more gifted, talented, hard working, and prolific student scholar,” he said.