That’s something Matt McKeown can’t do right now. The senior running back broke his right thumb in the second game this season and has been sporting a bulky cast ever since on the hand that has been, for three seasons of Hillbilly football, his ball-carrying hand. Did is slow him down? For about a Hillbilly minute. McKeown has managed to completely change his playing style, and carry on. For this, Matt McKeown is the Verona Sports Boosters Senior Athlete of the Week.

Though last Saturday’s game against Cedar Grove didn’t go Verona’s way, McKeown rarely lost his way. He rushed for 119 yards in 19 carries, one of which went more than 40 yards down the Verona sideline. Playing linebacker on defense, he had eight tackles against the Panthers. A co-captain who is known as a very tough and determined player, McKeown consistently finds opportunities where none seem to exist. In spring, he trades his football cleats for baseball cleats and takes his determination to the Hillbilly outfield. 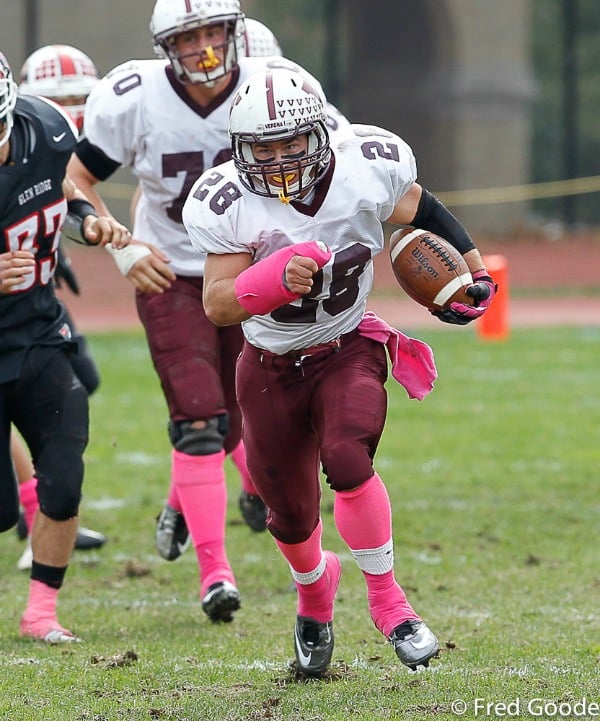