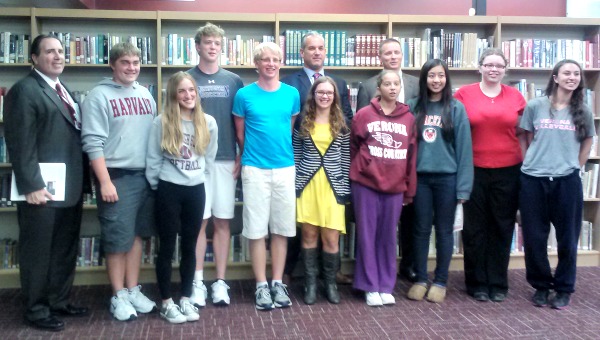 At its September 24 meeting, the Verona Board of Education recognized Verona High School students for their achievements on Advanced Placement tests. The students recognized included members of the class of 2013 and current seniors. (Not all students were present to receive their recognition.)

And two student received the top honor, National AP Scholar, which is granted to students in the United States who receive an average of at least 4 on all AP exams taken, and scores of 4 or higher on eight or more of these exams. They were   Benjamin Jung and Jenna O’Connell, the co-salutatorians of the Class of 2013.